PHOENIX - Arizona Rep. Paul Gosar is facing criticism after he tweeted a video that included altered animation showing him striking Rep. Alexandria Ocasio-Cortez with a sword.

In a tweet on Nov. 8, Ocasio-Cortez, D-N.Y., referred to Gosar as "a creepy member I work with" and said he "shared a fantasy video of him killing me." She added that Gosar would face no consequences because Minority Leader Kevin McCarthy "cheers him on with excuses." She also said that institutions "don’t protect" women of color.

A fellow House Democrat, Ted Lieu of California, referred to Gosar’s tweet as "sick behavior" and said in a tweet of his own: "In any workplace in America, if a coworker made an anime video killing another coworker, that person would be fired."

Gosar, a Republican, posted the video Sunday afternoon with a note saying: "Any anime fans out there?"

The roughly 90-second video is an altered version of a Japanese anime series, interspersed with shots of border patrol officers and migrants at the southern U.S. border. During one roughly 10-second section of the video, animated characters whose faces have been replaced with Gosar and fellow Republican Reps. Marjorie Taylor Greene of Georgia and Lauren Boebert of Colorado are seen fighting other animated characters.

In one scene, Gosar’s character is seen striking the one made to look like Ocasio-Cortez in the neck with a sword.

Gosar is known as an ardent ally of former President Donald Trump. He was among the lawmakers whose phone or computer records a House panel investigating the Jan. 6 Capitol insurrection asked social media and telecommunications companies to preserve as they were potentially involved with efforts to "challenge, delay or interfere" with the certification or otherwise try to overturn the results of the 2020 election.

Gosar has not responded to FOX 10's request for comment. 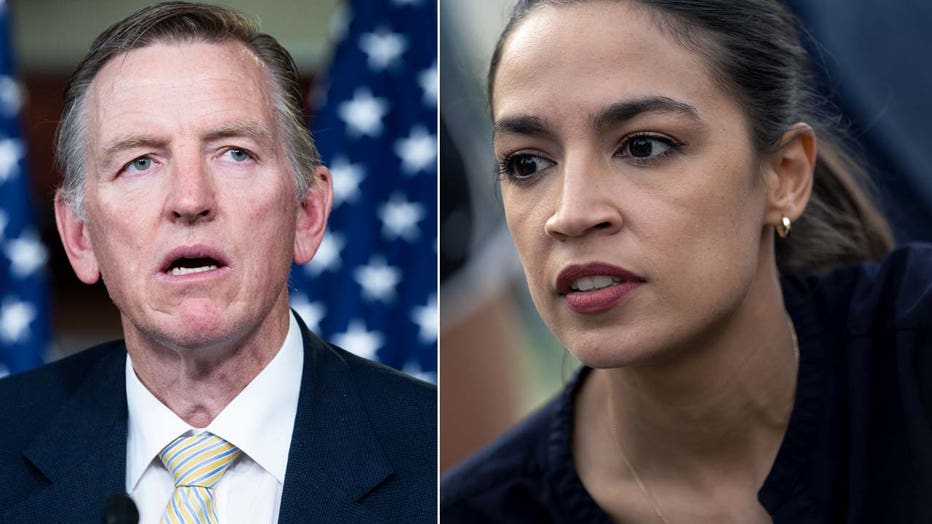