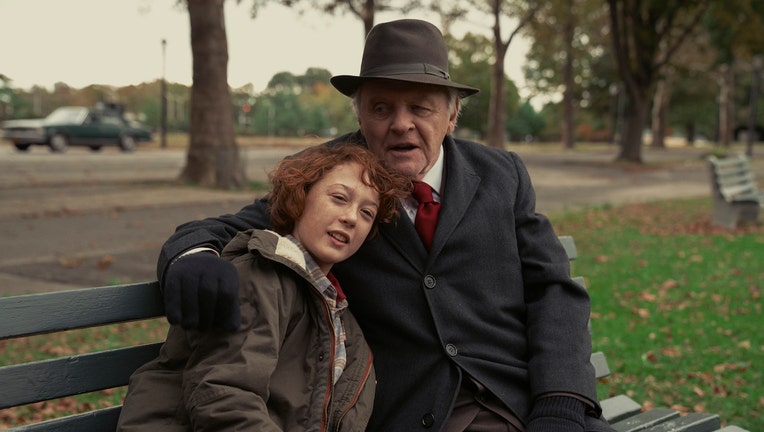 CHICAGO - There’s a simple way to make a coming-of-age story, one in which protagonists learn some hard but clear lessons that help push them from childhood into adulthood. They gain a sense of right and wrong, but also an understanding of the rewards of doing what’s right and the dangers of choosing to do what’s wrong. "Armageddon Time," the eighth film from writer/director James Gray ("The Immigrant," "The Lost City of Z," "Ad Astra") isn’t that sort of coming-of-age story.

An autobiographical film set during a few eventful months in the fall of 1980, it’s a thornier sort of tale, one whose central character comes into his own in part by coming to realize that he’s surrounded by injustice and prejudice — some of which touches him, but some of which he’s able to escape. It’s an unfair world, but it’s more unfair to some than others.

WATCH FREE ON TUBI: Joaquin Phoenix and Marion Cotillard in James Gray’s "The Immigrant" — get the app

About "Armageddon Time": Second chances for some

It’s also, as Paul Graff (Banks Repeta) discovers as he enters sixth grade, a complicated world. The third-generation child of Jewish immigrants from Ukraine, he attends a public school in Queens where he spends the first day of the school year carving out his place as the class clown after getting caught rendering his teacher Mr. Turkeltaub as a turkey, a connection that his class quickly recognizes as the height of hilarity. (Turkeltaub’s played by Andrew Polk, one of many terrific character actors who turn up for a scene or two as they drift in and out of Paul’s life.)

Or, it might be more accurate to call him a class clown. He quickly gains a co-conspirator in the form of Jonathan (Jaylin Webb), a Black kid who’s repeating sixth grade and isn’t afraid to let his annoyance be known. 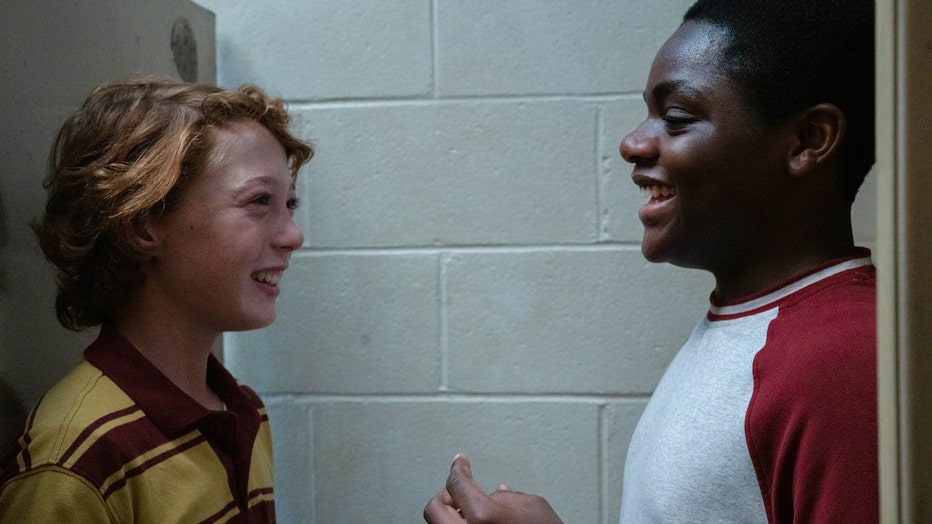 Together, they’re trouble (largely in boyishly mischievous ways), but it’s Jonathan who ends up bearing the brunt of the punishment for their offenses. He doesn’t have a mom like Esther (Anne Hathaway), who’s on the PTA. He doesn’t even have a mom in the picture. Instead, he lives with his infirm grandmother (Marjorie Johnson), a loving woman who’s barely able to take care of herself. The film offers only a brief but telling glimpse of Jonathan’s home life, one of the rare moments when it leaves Paul’s perspective. But it’s a telling look at how love and best efforts can’t overcome inequity.

In a telling moment early in the film, Paul tells Jonathan that he and his family are super-rich, which they demonstrably are not. They live in a nice, but cramped, middle class house in Queens paid for in part by Paul’s father Irving (Jeremy Strong), who works as a plumber. Yet compared to Jonathan, they have it all. 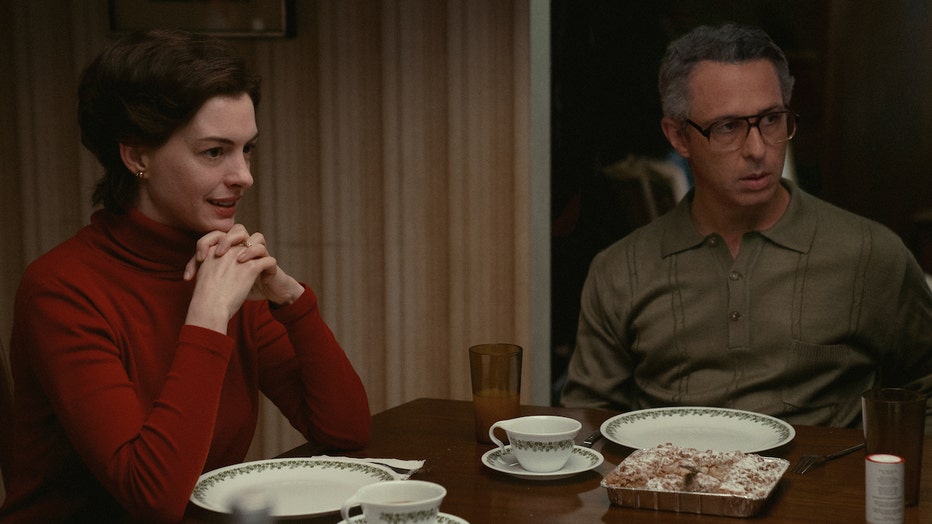 But if Paul’s recognition of his own privilege is part of the story of "Armageddon Time," it’s far from the whole story, which involves Paul coming to see the contradictions and hypocrisies of the world in which he’s growing up. Good liberals, his parents first scoff at, then fear, the political ascent of Ronald Reagan, all while pushing Paul away from Jonathan and warning him about how they saw a Black kid skulking around the house. They’re also, for all their concern for Paul, deeply flawed characters, particularly Irving, whose mood swings wildly and whose anger is something to be feared. (He’s the latest in a string of complicated father figures in Gray’s films.) 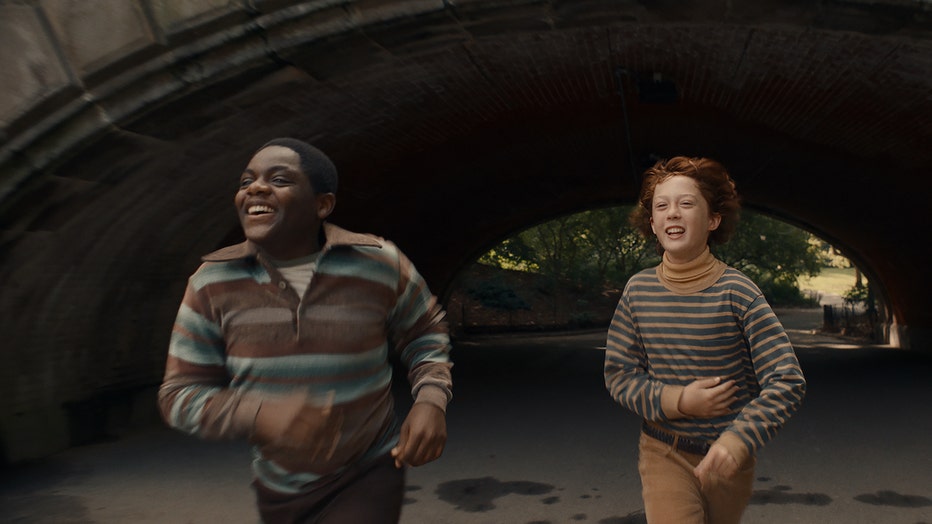 Hathaway and Strong are quite good, but it’s Repeta and Webb who anchor the movie, delivering vulnerable, naturalistic performances as a pair of New York lost boys who meet a series of reckonings for their free-spirited ways. But the reckonings fall more heavily on the Black kid than the white one. "Armageddon Time" depicts casual prejudices so matter-of-factly from the story’s beginning to its haunting end that it sidesteps easy liberal pieties — a pointed touch, given that the world it recreates bears so many parallels to our present moment. (Looming large over Paul’s fancy second school are a pair of supporters with the last name "Trump.")

Aaron is the one figure in Paul’s life who’s seemingly free of these contradictions, and the character might descend into cliché if he weren’t brought to life by Hopkins, who dispenses wisdom with a twinkle but peppers his advice with an understanding of just how dark the world can be. Aaron grew up on his mother’s stories of fleeing murderous antisemitism and saw the same cycles play out again and again throughout his life, both directed at Jews and others. He knows that this sort of evil isn’t going anywhere and takes it as his job to steer Paul away from participating in it. But if Aaron serves as a kind of shining beacon, Gray doesn’t hold back on filling the world with fog that might be too thick for his example to cut through. He’s right to demand Paul be a mensch — but the world doesn’t always reward mensches. 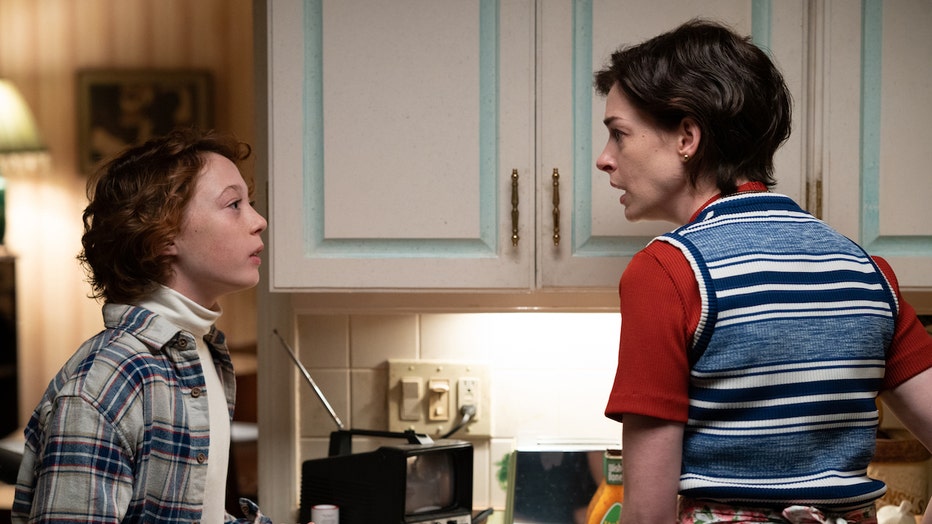 "Armageddon Time" makes some conscious nods to classic movies about growing up and wayward youth like "The 400 Blows" and "I Vitelloni," but it’s also laced through with details highly specific to a particular time and place, from Jonathan’s infatuation with Sugarhill Gang at the dawn of hip-hop to the Clash cover of Willie Willams’ reggae classic "Armagideon Time" (which gives the film its title, more or less). It’s a song about inequality sung by someone who sees the injustice done to others but doesn’t know what to do about it; a hard-won piece of knowledge, that sometimes understanding leads to confusion of a different kind.

About the writer: Keith Phipps has been writing about movies and other aspects of pop culture since 1996. After serving as the editor of The A.V. Club he launched the influential movie site The Dissolve with Pitchfork in 2013. He is currently a regular contributor to GQ, Vulture, TV Guide and The Reveal, a film review site he created with longtime collaborator Scott Tobias. He also co-hosts the podcast The Next Picture Show and recently published the book Age of Cage: Four Decades of Hollywood Through One Singular Career.

Make it a double feature with "The Women of Brewster Place," streaming free on Tubi

The Women of Brewster Place (1989): An adaptation of Gloria Naylor’s novel of the same name, the acclaimed miniseries "The Women of Brewster Place" is much more than just an early Oprah vehicle. Breaking ground for Black women and queer women on television in one fell swoop, it’s a deeply-felt contemporary ensemble drama from writer Karen Hall and director Donna Deitch — another trailblazing figure in cinema. And the cast! In addition to Oprah (who we forget is a terrific actress only at our peril), look for standout performances from Robin Givens, Jackée Harry, Lynn Whitfield, Paul Winfield, Olivia Cole, Moses Gunn and the legendary Cicely Tyson. Essential viewing for anyone with an interest in TV history, great storytelling or both. (And its success led to a sadly short-lived TV series, which is also on Tubi.) Rated TV-14. Two episodes. Dir: Donna Deitch. Also featuring Larenz Tate.

How to watch "Armageddon Time"

"Armageddon Time" descended into theaters on Oct. 28; its run expands on Nov. 4 before it arrives in theaters nationwide on Nov. 11. It is not currently available to stream.