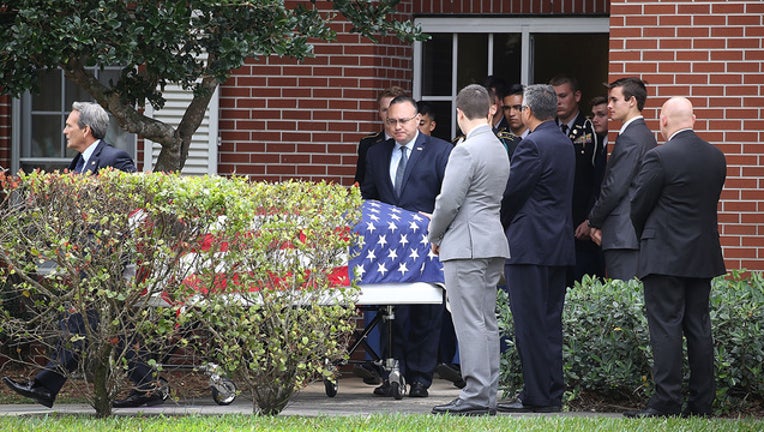 The-flag draped coffin of Alaina Petty is taken out after her funeral at The Church of Jesus Christ of Latter-day Saints on February 19, 2018 in Coral Springs, Florida. (Photo by Joe Raedle/Getty Images)

TAMPA (FOX NEWS) - Three junior ROTC cadets who were killed in the Florida high school shooting last week will be honored with heroism medals by the U.S. Army.

The family of Petty, 14, were presented the medal during her funeral service Monday, at which more than 1,500 people attended to pay their respects.

According to students and teachers, Wang, 15, died in his junior ROTC uniform while helping students, teachers and staff escape from the shooting rampage.

Meanwhile, Florida Governor Rick Scott has directed members of the Florida National Guard to attend funeral services of the three JROTC cadets or otherwise "pay respect" to their families and loved ones.