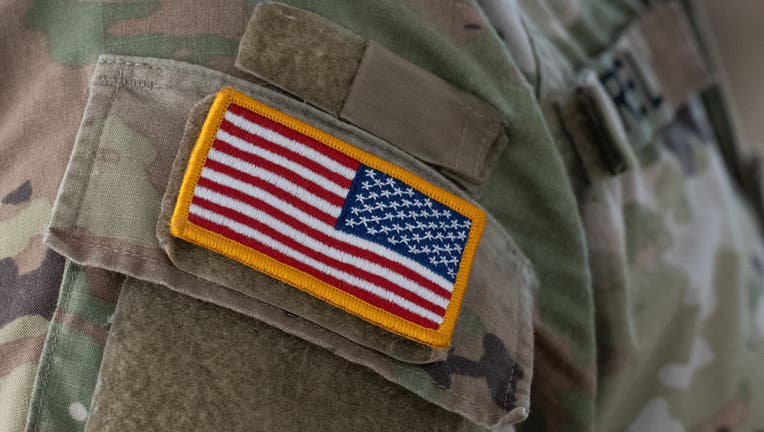 A US flag on the uniform of a US soldier. (Photo by Armin Weigel/picture alliance via Getty Images)

The U.S. Army expanded benefits last week for soldiers who are parents.

The overhaul affected parenthood, pregnancy and postpartum policies after a grassroots effort by soldiers identified several issues and challenges. The Army said the changes impact more than 400,000 parents within the total force.

"We recruit Soldiers, but we retain Families," said Gen. James McConville, Chief of Staff of the Army.

The new directive addresses 12 components, including physical fitness testing, uniforms, fertility treatments and lactation accommodations. The Army said five of the 12 new components were suggested from soldier feedback but didn’t specify which ones. Four components were required by Congress.

The bulk of the new directive works to ensure that at least one parent will be home with a newborn. Now, one parent will be deferred for one year from deployments, operations and training in excess of one duty day in order to remain with their newborn.

The changes also call for a new provision that standardizes convalescent leave up to 42 days for a soldier and their spouse who experience pregnancy loss. Another change gives soldiers a year of exemption from physical fitness tests after the conclusion of pregnancy.

Lactation accommodations are stricter now and must be provided for lactating soldiers, regardless of the time after the child’s birth. Soldiers undergoing fertility treatment are now stabilized from a permanent change of station for up to one year from the date of the first appointment.

The Army will also no longer require soldiers to wear uniforms during pregnancy and for up to one year postpartum. Under the previous regulations, recently pregnant soldiers had to take their uniforms to alterations or purchase entirely new uniforms entirely which could cost as much as $700, the Army said.

Pregnant officers can also now engage in many Professional Military Education schools. Previously, the Army did not allow expecting soldiers to attend or complete their professional military education, which could lead to them falling behind.

The Army said in the past 10 years, 21,000 soldiers have separated from the service due to complications related to pregnancy or parenthood. Women accounted for 80% of those separations.

"Winning the war for talent means making sure our best and brightest people don’t have to choose between service and Family," McConville said.

The Army also said, under the new directive, greater emphasis on the intricacies of parenting, pregnancy and postpartum will be incorporated into commander education.

A group of soldiers in February 2021 submitted a white paper from the field, identifying five obstacles that pregnant and postpartum soldiers face in the Army. The white paper inspired a comprehensive review, which helped result in the changes announced last week.