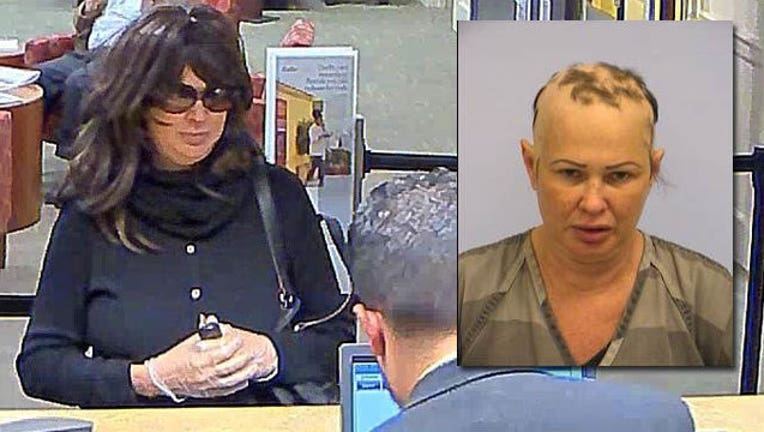 Members of the Austin Police Department Robbery Unit and FBI Violent Crimes Task Force arrested Michelle Crawford for the robbery of the Wells Fargo Bank at 1601 W 35th St that occurred Monday, May 2, 2016.

On Monday, May 2, 2016 at approximately 10:37 a.m., a suspect entered the Wells Fargo at 1601 W. 35th Street and demanded money from the teller. The suspect left the scene on foot with an undisclosed amount of cash. No weapon was displayed and no injuries were reported.

The suspect was described as:

Booking photo will be released at a later date.

This case remains under investigation by APD Robbery detectives.

This is Austin’s sixth Bank Robbery of 2016.