"We’ve got significant numbers of folks who are impacted by trauma that they see, on EMS, fire, police and other departments that want to have this as an option," said Austin Chief Medical Officer Dr. Mark Escott.

The conversation was prompted by a change in Texas law back in September. HB 1535 allows certain doctors, who register with the state, to prescribe cannabis. The patient must meet certain qualifications, but the law allows pot to be used for conditions including cancer and PTSD.

"It’s silent on whether a patient that’s using cannabis, low-THC cannabis, may or may not do in their work setting," said Assistant City Manager Ray Arellano.

So Arellano looked into what other cities are doing. Of the 20 cities surveyed, only Boston allows prescription marijuana for first responders. Nine cities do not allow it, and the remaining 10 did not respond.

In Monday’s meeting in Austin, the idea did raise some questions.

"I didn’t know if there was an increase in accidents, in on-the-job situations that were causing conflicts in states that have fully legalized marijuana," said District 8 Council Member Paige Ellis.

"The concern for us is more related to impairment," said Escott. 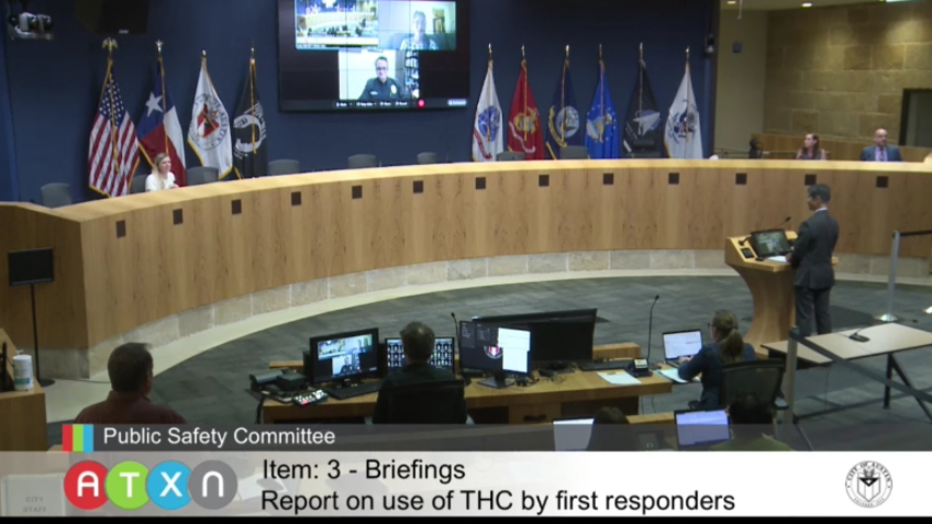 Cannabis is also still illegal under federal law—so even if the city allowed it, certain first responders would still be barred from using it—such as those carrying guns, like Austin Police officers and Austin Fire arson investigators, and those who operate commercial vehicles.

Additionally, the federal Drug Free Workplace Act would prohibit any THC use on the job.

"I think what we’re trying to do is find a solution that keeps us square with all the regulations that are out there," said Arellano.

The move comes as agencies like APD and Austin-Travis County EMS deal with major staffing shortages. That led EMS back in November to remove a question from their applications regarding past marijuana use—but, as of now, first responders can still be fired if they test positive.

Several council members believe it’s time for that to change.

"Booze is a thing that people do. We just do it," said Mayor Pro-Tem Natasha Harper-Madison. "We are just being very inconsistent here, and so I’d like very much to see us figure out how to be more consistent."

So far, council has yet to introduce a specific proposal to allow prescription cannabis for first responders.

Arellano said he'll defer to individual agencies like police, fire and EMS, to address the issue themselves during the contract negotiation process.