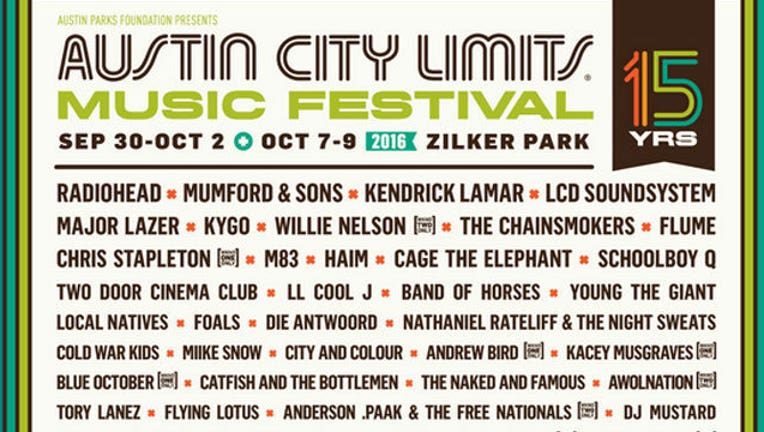 The two weekend festival in its 15th year and will be held at Zilker Park.  Weekend One will be September 30 - October 2 and Weekend Two will be October 7-9

You can get tickets and more information about the festival, including the full lineup, here.