Fire at former Long family estate now under control, according to AFD

Crews are planning to remain on scene throughout the day to monitor hot spots. Tierra Neubaum has the latest information.

AUSTIN, Texas - The Austin Fire Department has said the two-alarm fire at a residence on Woodlawn Boulevard is now under control. Crews are planning to remain on scene throughout the day to monitor hot spots.

Windsor Road has been reopened. Woodlawn Boulevard remains closed at this time. Residents are being asked to avoid the area and use alternate routes.

According to the Austin Fire Department, he first started around 3 a.m. and the metal roof and layout of the home have made it a very difficult fire to fight. At this time, the fire is mostly contained to the attic.

The wing of the house where the belongings are being stored during renovations has been protected, according to firefighters on scene.

AFD has not said what may have caused the fire.

No additional information is available at this time. 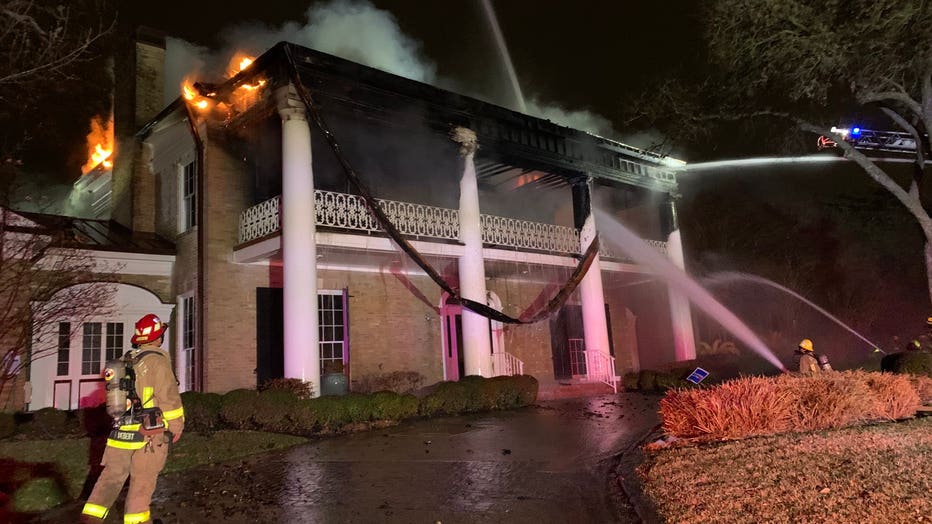 The fire is happening at the 80-year-old estate in the Old Enfield neighborhood that was once owned by two of Austin’s most prominent philanthropists, Joe and Teresa Long.  The family is the main benefactor of the Long Center for the Performing Arts, which opened in 2008.

The eight-bedroom, 11-bathroom mansion — encompassing 11,653 square feet — is located on Woodlawn Boulevard near the MoPac Expressway and Windsor Road.