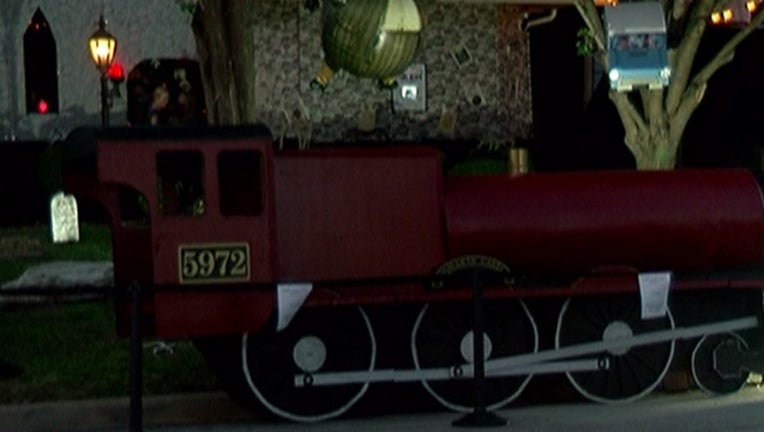 Harry Potter fans can head to a south Austin home to check out the wizarding shopping district known as Diagon Alley thanks to one local family this Halloween.

Joel Pace says his family started out with a small Potter theme a couple of years ago. They had so much fun they decided to make it even bigger. This year's process started in June. Fans will see familiar Diagon businesses and of course the Hogwarts Express.

The family says it's free to visit and will hopefully stay up past the holiday. They will be asking for donations for performing arts programs, but say nobody is obligated to donate.

Pace says his neighbors want him to keep the display up until Christmas and turn the Hogwarts Express into the Polar Express.