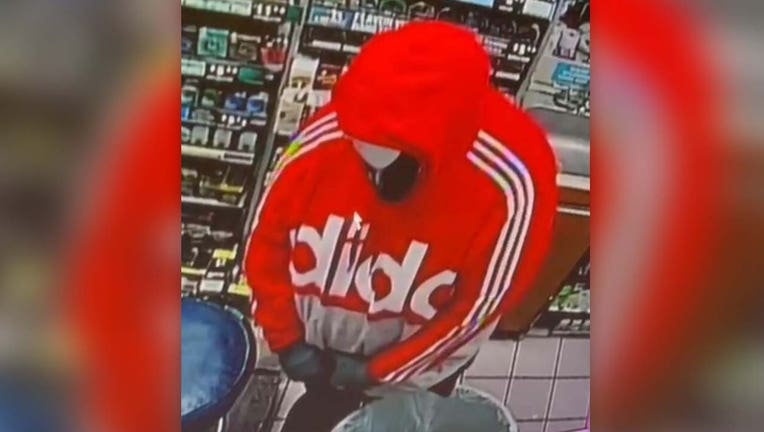 AUSTIN, Texas - The Austin Police Department is asking the public for help identifying the man who they say robbed a gas station on November 24, The robbery happened around 10:37 p.m. at the Mobil gas station located at 4311 Springdale Road.

The suspect is described as a Black male, between 18-30 years of age, and about 5'10" tall. He has a very heavy build and is believed to weigh around 350 pounds. He was last seen wearing an Adidas red and white hooded sweatshirt with white stripes down the sleeves and an extra-large "Adidas" logo on the front. He was also wearing black pants, black and white shoes, gloves, and a white mask in the style of the "Friday the 13th" character Jason. 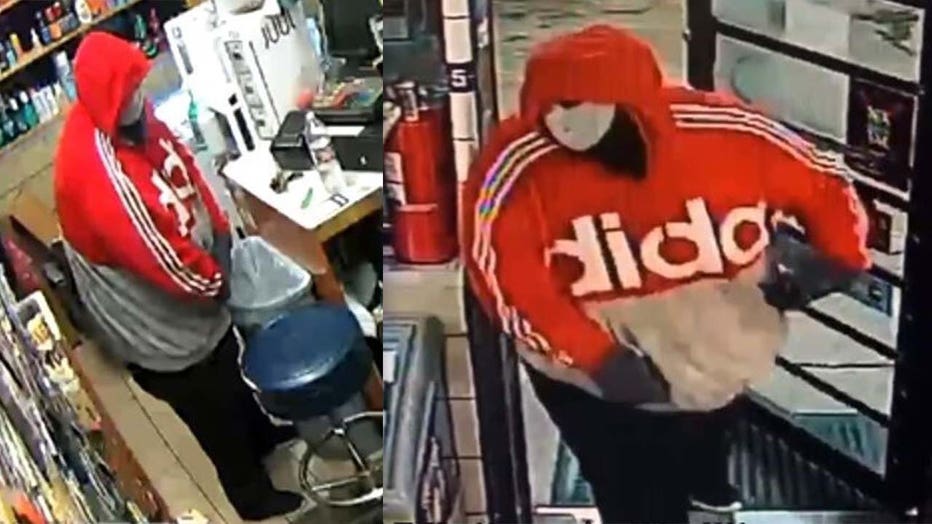