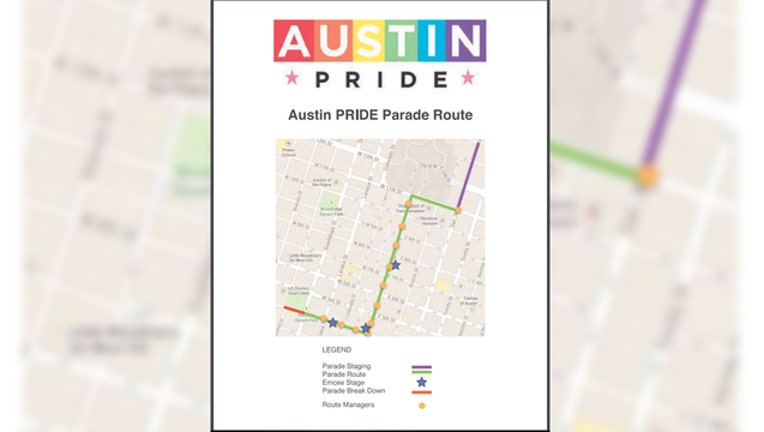 AUSTIN, Texas (FOX 7 Austin) - The Austin Pride Festival and Parade caps off Austin Pride Week 2019 on Saturday and the event will have numerous full and partial road closures, says the Austin Police Department.

5th and 6th streets will be open until 7 p.m., then closed until midnight.

4th Street will be closed from Congress Avenue to San Antonio Street with intermittent traffic allowed at cross streets until 7 p.m.

There will also be lane reductions on Guadalupe Street between W. 9th and W. 4th streets from 5 p.m. to midnight.

APD asks attendees to stay aware of their surroundings and report any suspicious activity. Scooter users are also reminded to obey all traffic laws, avoid cell phone use while riding and be aware when sharing sidewalks with pedestrians.