AUSTIN, Texas - A 25-year-old man has been arrested for shooting a panhandler in South Austin. Police say Elijah Perez left the scene, then later returned to tell police what he did.

Austin police said on August 27, around 6 a.m., officers responded to a possible shooting call near the intersection of South I-35 service road northbound and East Oltorf Street.

When officers arrived, they found a man lying in the road with a gunshot wound to the chest. He was taken to a local hospital in critical condition.

According to an affidavit, while officers were on the scene, a car drove up to them and a man got out. The man, later identified as Perez, told a detective he was involved "in what had just occurred."

The detective saw a firearm in the driver's side door of the car, and Perez agreed to be brought into the police station for questioning. 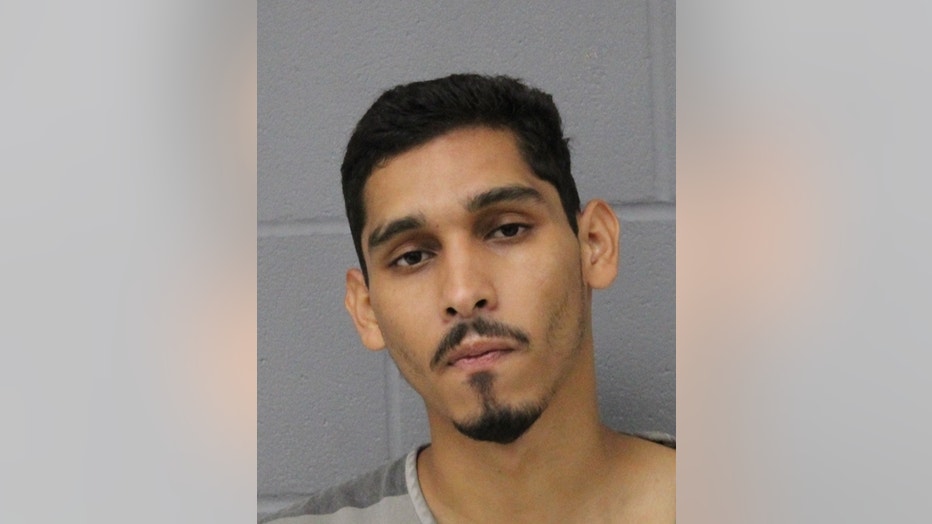 Elijah Perez was arrested for aggravated assault with a deadly weapon.

The court documents say that Perez told a detective that he had pulled up to a gas station with the intention of offering help to the victim. Perez said he spoke to the victim and that the victim became angry.

Perez said the victim began yelling at him and pushed so Perez removed a firearm from his pocket. Perez claims the victim hit the hand that was holding the gun and the gun fired.

A witness, who was panhandling next to the victim at the time of the incident, told detectives that Perez walked over to the victim and began telling the victim he couldn't be there. The witness says the victim asked Perez what he said and the victim says Perez pulled out a gun and shot the victim in the chest.

After the incident, Perez drove back to his apartment and after discussing the incident with a passenger, decided to return and speak with officers, the affidavit stated.

Perez was arrested for aggravated assault with a deadly weapon.