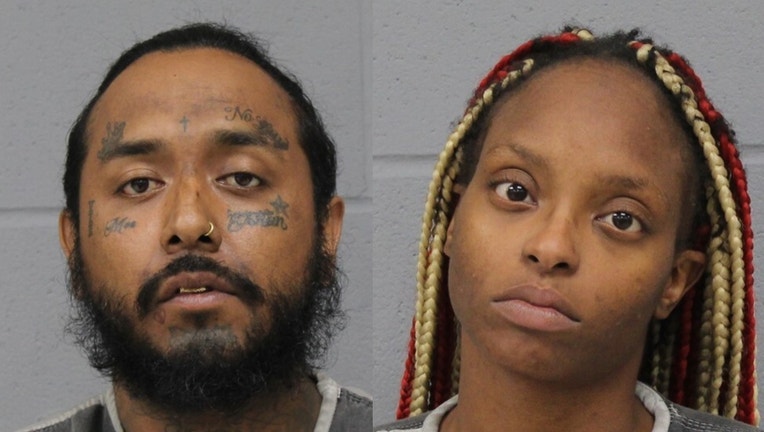 AUSTIN, Texas - Two people have been arrested for two robberies in east Austin and northeast Austin.

32-year-old Whitley Smith and 33-year-old Eddie Silva have both been charged with first-degree felony aggravated robbery with a deadly weapon and unlawful use of a motor vehicle.

APD says that the first robbery occurred July 29 around 5:30 p.m in the 3800 block of 12th Street near Givens District Park. The victim was beaten and held at gunpoint and Smith and Silva allegedly stole their personal belongings and Chevrolet Equinox.

A second robbery occurred just a few days later on August 1 around 9:30 a.m. in the 5300 block of Westminster Drive. APD says the victims were moving into the neighborhood when Silva, armed with a gun, approached them and demanded their belongings.

A witness reported seeing a Chevrolet Equinox at the scene and investigators were able to confirm the vehicle was the same one from the first robbery. APD says the suspects were stopped by patrol officers and taken into custody. Items from both robberies and a firearm matching the description as the one used in the robberies were also allegedly found inside the stolen vehicle.

Anyone with information about this incident should call the APD Robbery tip line at 512-974-5092, Crime Stoppers at 512-472-TIPS, or use the new Crime Stoppers App.