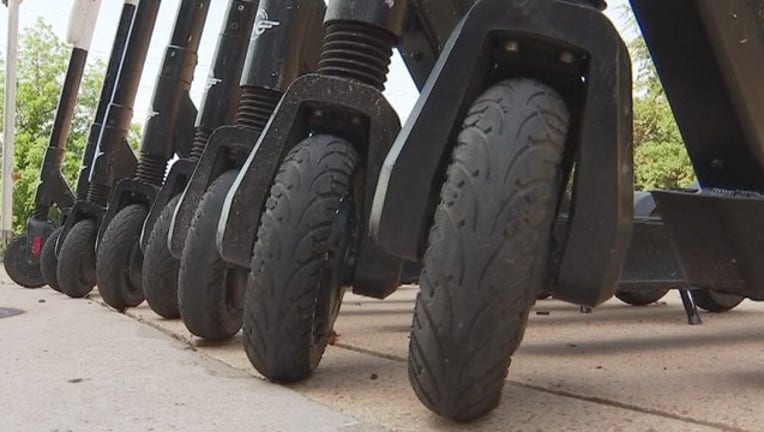 AUSTIN, Texas (FOX 7 Austin) - The Austin Parks and Recreation and Transportation departments are set to partner with local scooter companies to limit scooter use in parks.

Starting Sept. 6, the departments will be implementing "geofencing" to discourage scooter use on parkland. Scooters attempting to ride on non-paved trails will enter GPS-controlled zones that will automatically slow the riders down.

There will also be an alert to riders that they've entered an unauthorized use area.

The Parks department says the goal is to "discourage illegal scooter use on parkland while still allowing park patrons access to facilities" and that the change is due to "growing concern over safety and inappropriate use" on parkland.

The department is also in the midst of a pilot program looking at scooter and electric bicycle usage on city trails, which began in January. Before January, scooters were banned on all city parkland.

Members of the public can share feedback as part of the program until Sept. 15.

This isn't the first time geofencing has been used to regulate scooter usage. In March, the University of Texas implemented the technology to limit scooter speeds to 8 mph in specific areas of the campus.