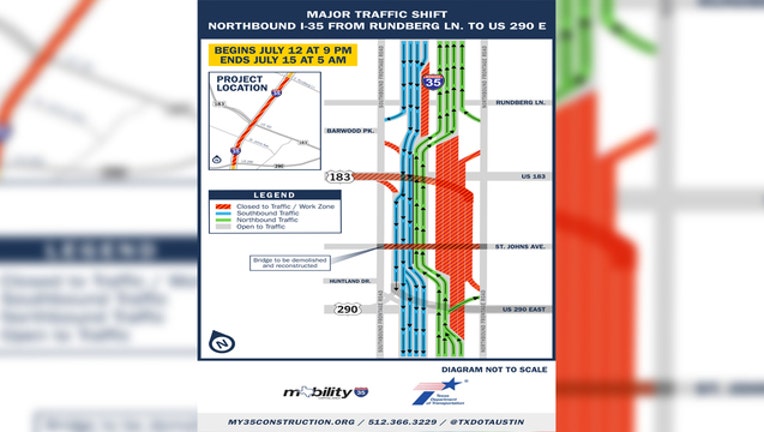 (Courtesy of the Texas Department of Transportation)

AUSTIN, Texas - TxDOT Austin is warning drivers to avoid I-35 this weekend.

Drivers on I-35 will see a shift and lane reduction between Rundberg Lane and US 290 East in both directions of the mainlanes from Friday July 12 at 9 p.m. until Monday July 15 at 5 a.m.

The traffic shift was originally scheduled for late June, according to a tweet from TxDOT Austin.