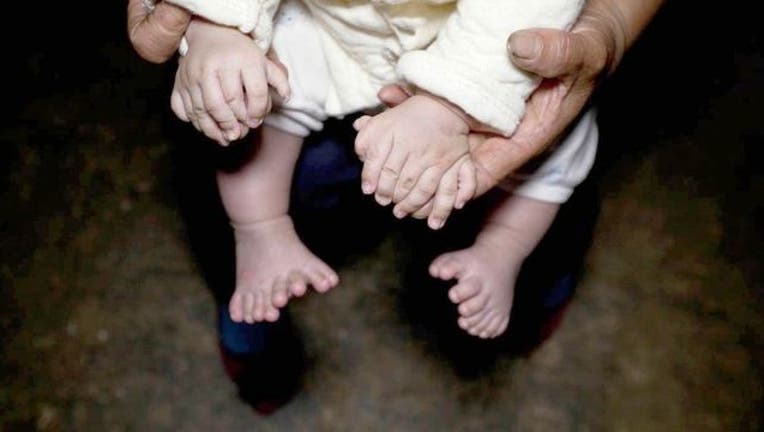 The parents of a three-month-old boy in China are seeking help for their son, who was born with 31 fingers and toes. Hong Hong, who lives in China’s Hunan Province, was born with polydactylism— a congenital condition in which the individual has extra fingers and toes and has two palms, but no thumbs on either hand, Central European News (CEN) reported.

The boy’s mother also has the abnormality and was born with one extra finger and toe on each of her hands and feet. The couple was worried that their child would inherit the condition, but doctors found no birth defects during prenatal scans. When the boy was born, he had seven fingers on his right hand and eight on his left, along with eight toes on each of his feet.

Zou Chenglin, Hong Hong’s father, said the family has visited multiple hospitals and learned that their son can be operated on between six months and one year of age, which could cure the abnormality.

However, the family are migrant workers and are unable to raise the $15,548 to $77,740 needed to cover the procedure, CEN reported. They’re now reaching out to local charities and hoping the public will help give their son a more normal childhood. One difficulty is that the boy’s condition is not life-threatening and therefore not perceived as a priority, compared to the condtion of those suffering from more severe diseases, CEN reported.