AUSTIN, Texas - Bagdad Road in Cedar Park has been closed between New Hope Drive and Whitestone Boulevard (RM 1431) for an emergency repair to traffic signals at Bagdad and Whitestone, according to the City of Cedar Park. In addition to Bagdad between Whitestone and New Hope being closed, Whitestone at Bagdad is open to thru traffic only (no turns) with intermittent lane closures.

The closures are expected to last through the night of Tuesday, April 5, and possibly into Wednesday, April 6.

Significant delays are expected in the areas of Bagdad Road and Whitestone Boulevard (RM 1431) and Bagdad Road and New Hope Drive, according to the press release from the city. All drivers, if possible, are urged to seek an alternate route.

City crews are having to completely remove and replace the traffic signals.

The City of Cedar Park and Cedar Park Police will post updates on their social media feeds. 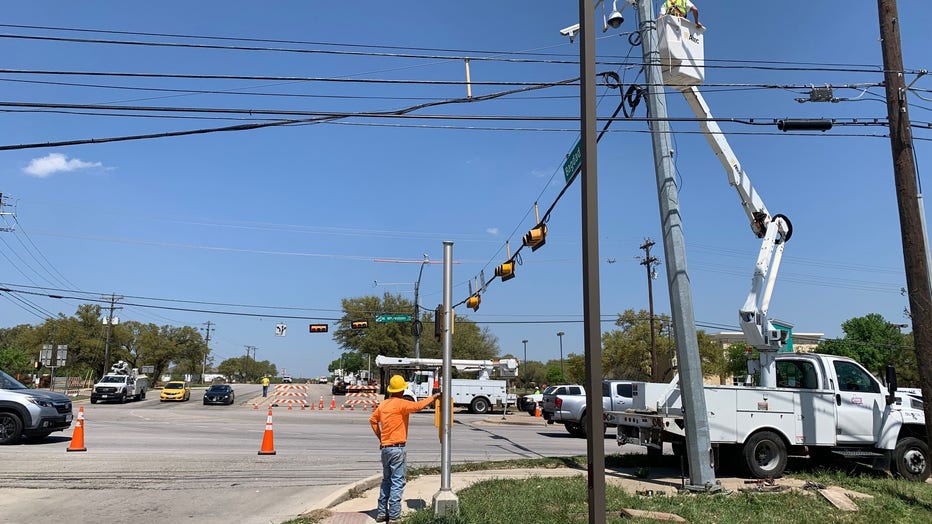 These closures are expected to last through the night of Tuesday, April 5, and possibly into Wednesday April 6.

Carriage Hills, Silverstone and Cedar Grove residents and school buses with subdivision access only from Bagdad Road between Whitestone and New Hope

Residents of and school bus drivers for Carriage Hills, Silverstone and Cedar Grove subdivisions will be allowed to access these subdivisions from Bagdad, but other drivers who use Bagdad Road should seek alternate routes.  Residents of other nearby neighborhoods should expect residual delays.

To avoid significant southbound delays on Bagdad Road near New Hope Drive, Leander High School students and parents who travel south on Bagdad Road (towards Cedar Park) are urged to seek and use an alternate route – except those students living in the Carriage Hills, Silverstone and Cedar Grove subdivisions, as they are allowed access to their subdivisions.  Parents/guardians of Giddens Elementary students are asked to please use New Hope Drive to access Giddens Elementary.  Parents of Running Brushy Middle School and CC Mason Elementary should expect residual traffic delays in the area.