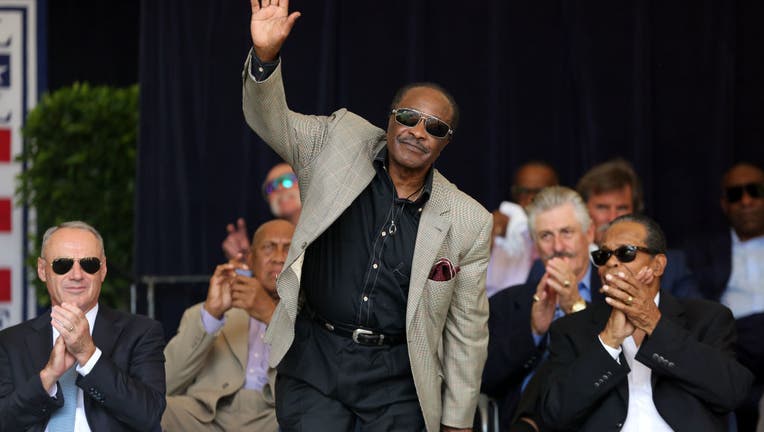 DANVILLE, Calif. - Joe Morgan, the second baseman who played for the San Francisco Giants, Oakland A's after his Hall of Fame career for the Cincinnati Reds, has died. He was 77.

He died at his home Sunday in Danville, California, a family spokesman said Monday. Morgan was suffering from a nerve condition, a form of polyneuropathy. He was born and raised in Oakland, and also attended Castlemont High School.

Morgan was a two-time NL Most Valuable Player, a 10-time All-Star and won five Gold Gloves. The 5-foot-7 dynamo known for flapping his left elbow at the plate could hit a home run, steal a base and disrupt any game with his daring.

Most of all, he completed Cincinnati’s two-time World Series championship team, driving a club featuring the likes of Pete Rose, Johnny Bench and Tony Perez to back-to-back titles.

Morgan’s tiebreaking single with two outs in the ninth inning of Game 7 in 1975 gave the Reds the crown in a classic matchup with Boston, and he spurred a four-game sweep of the Yankees the next season.

In a 22-year career through 1984, Morgan scored 1,650 runs, stole 689 bases, hit 268 homers and batted .271. But those stats hardly reflected the force he created in becoming, to many, the greatest second baseman in the game’s history.

KTVU contributed to this report.