Bay Area leaders are preparing to extend stay at home orders to slow the spread of the new coronavirus until May 1.

OAKLAND, Calif. - Officials from seven Bay Area jurisdictions said on Monday that the shelter-in-place order will be extended to May 1 to try and curb the still-spreading coronavirus, according to a joint news release.

Mayor London Breed spoke about the order Monday morning at a news conference, saying she knew the quarantine was hard, but necessary. As of Monday, she said there were 374 confirmed coronavirus cases in The City and six deaths. 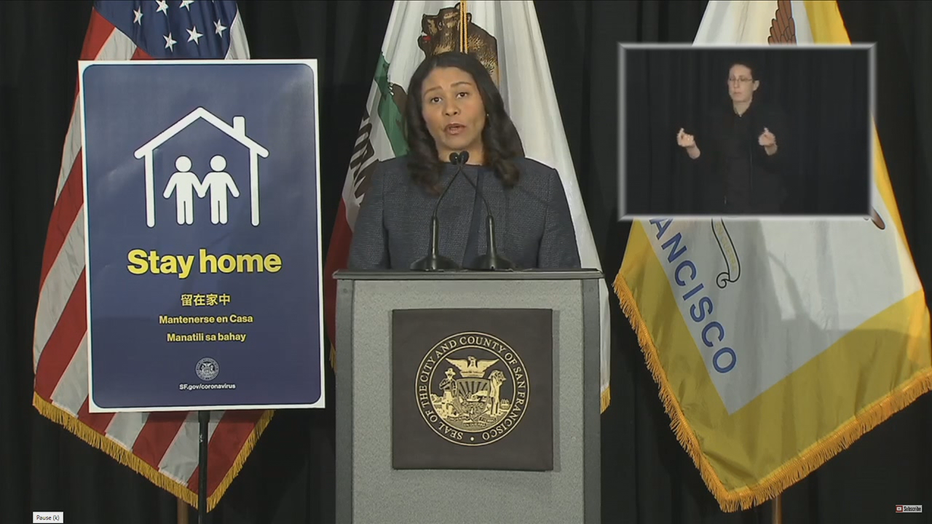 "We are essentially shutting San Francisco down," Breed said. She reiterated that the order was drastic but everyone needs to know "just how serious this is."

The extension of the order, which first began on March 16, was originally supposed to be lifted on April 7.

He noted that because of the the age and health of the elderly residents, the numbers would inevitably get worse. Nine staff members and two residents have already tested positive for coronavirus.

Supervisor Norman Yee said he understood how difficult it is not to be able to visit loved ones at the hospital, but he said this aggressive action would save lives.