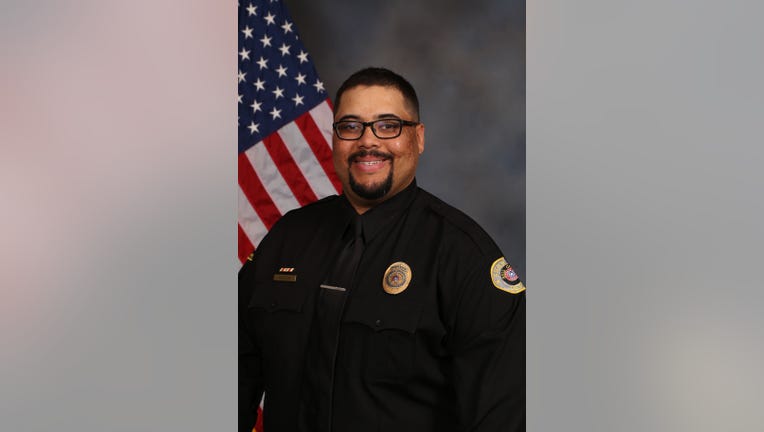 TEMPLE, Texas - A Bell County Sheriff's Deputy is dead after he was struck by a vehicle overnight Sunday.

According to a press release from the department, at around 1: 45 a.m. Sunday, Deputy John Andrew Rhoden, 31, lost his life in the line of duty in a vehicle-pedestrian accident on I.H.35 in Temple, Texas.

During the pursuit, Deputy Rhoden was attempting to deploy spike strips on the interstate when he was struck by a moving vehicle and died, the department said

"Deputy John Andrew Rhoden was 31 years old, and born in Norwood, Ma. Deputy Rhoden started his career with the Bell County Sheriff’s Department in June of 2010 and promoted to Field Deputy in August of 2014 and was currently assigned to the midnight shift Patrol Division," the press release said.

The investigation that led to the loss of Deputy Rhoden is being conducted by the Temple Police Department, with the assistance of the Texas Department of Public Safety and the Bell County Sheriff’s Department.

The 100 Club of Central Texas has activated the Survivor Fund in response to the line of duty death of Bell County Sheriff's Deputy John Rhoden.