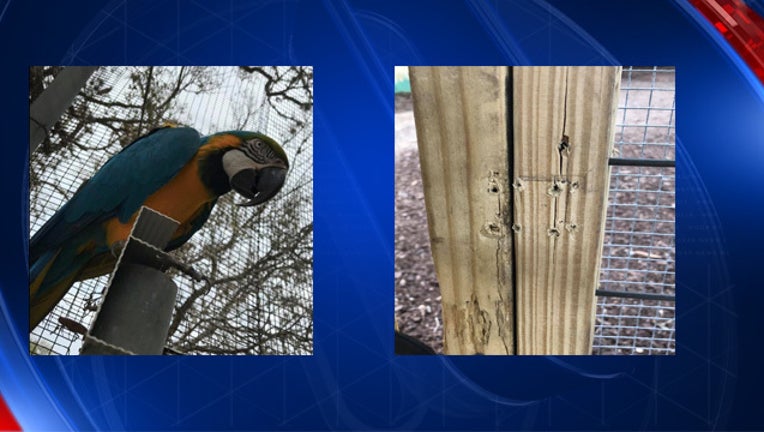 SAN MARCOS, Texas (FOX 7 Austin) - The Wonder World Park in San Marcos announced a reward in the search for the park’s missing Macaw, Suzy, who was last seen Saturday.

Suzy is a 38-year-old blue and gold Macaw, who is believed to have been stolen from the park grounds between 11 p.m. and midnight Saturday, according to a release from Wonder World Park.

“We are devastated by her disappearance and just want her home,” said Williams, “We are offering a $1000 reward to bring her back to us.”

The park is asking the community to report any information that may aid in the investigation and return of Suzy by contacting 512-393-3760.