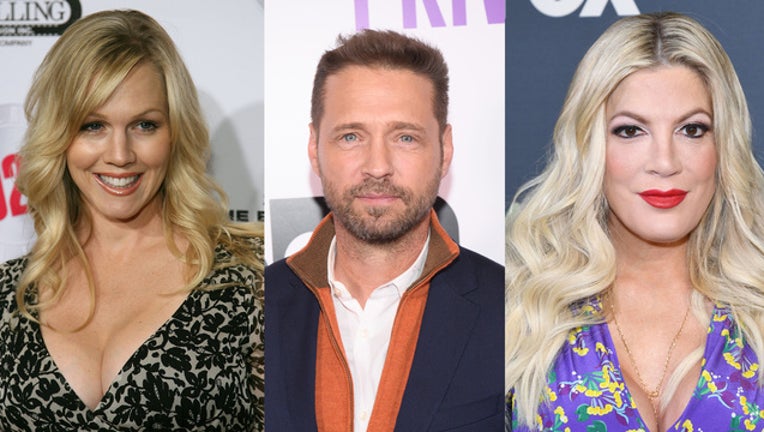 LOS ANGELES (FOX 11) - The original stars of "Beverly Hills, 90210" are planning a high school reunion with a twist.

Cast members including Jason Priestly and Jennie Garth will play "heightened versions" of themselves in a six-part series airing this summer, FOX announced Wednesday.

FOX says the drama titled "90210" is inspired by the cast's real lives and relationships, combined with what it termed a "healthy dose of irreverence."

The action begins when one of the cast suggests they try to launch a reboot of "Beverly Hills, 90210."

The original series aired from 1990 to 2000 and followed a circle of friends in high school and young adulthood. It became a pop culture sensation, often making real-world headlines by tackling controversial and socially relevant topics.

"‘Beverly Hills, 90210’ left an indelible impact on pop culture and an entire generation," said Michael Thorn, President, Entertainment, FOX.  "Its powerful legacy is an important part of our network’s DNA – bold stories not told anywhere else and bigger-than-life-characters – and we’re honored to bring back the beloved original cast members for 90210."