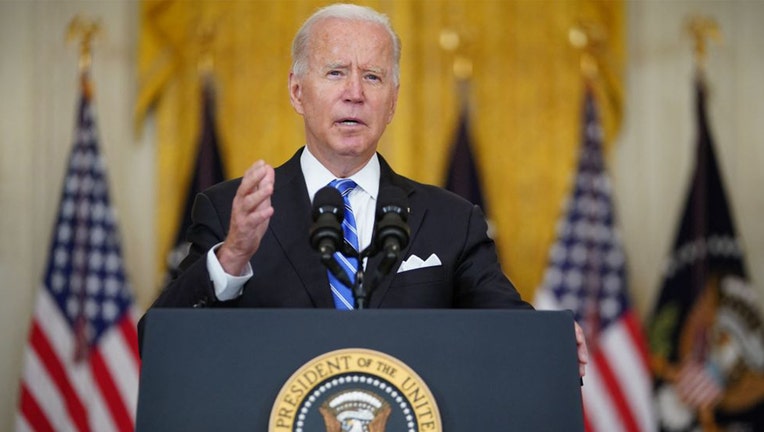 NEW YORK - President Biden on Monday unveiled a new minimum tax targeting billionaires as part of his 2023 budget request, proposing a 20% rate that would hit both the income and unrealized capital gains of the wealthiest Americans.

The "Billionaire Minimum Income Tax" would establish a 20% minimum tax on all U.S. households worth more than $100 million, or about 0.01% of Americans. The White House projected that more than half the revenue generated by the tax would stem from the country's 700 billionaires.

If enacted, the tax would reduce the deficit, which sits at $3 trillion, by about $360 billion over the next decade, and it represents more than a third of the Biden team's plan to trim the spending gap by $1.3 trillion.

"President Biden is a capitalist and believes that anyone should be able to become a millionaire or a billionaire," the White House said in a statement. "He also believes that it is wrong for America to have a tax code that results in America’s wealthiest households paying a lower tax rate than working families."

Under the proposal, the top sliver of U.S. households would be required to pay a tax rate of at least 20% on their full income, or the combination of wage income and whatever they made in unrealized gains. If a billionaire is not paying 20% on their income, they will owe a "top-up payment" that makes up the difference to meet the new minimum.

Households that are paying 20% will not be required to pay an additional tax.

Because many of the ultra-rich derive their vast wealth from the soaring value of assets like stock and property – which are not considered to be taxable income unless that individual sells – they are able to legally store their fortunes and reduce their tax fortunes. Under current law, a gain is only taxed if and when the owner sells the asset.

"As a result, this new minimum tax will eliminate the ability for the unrealized income of ultra-high-net-worth households to go untaxed for decades or generations," the White House said in the budget proposal.

Although Biden did not endorse a billionaires' tax during the 2020 presidential campaign, he threw his support behind the idea this past year after Sen. Joe Manchin, D-W.Va., killed a different spending plan that included tax hikes on well-off corporations and Americans earning more than $400,000.

It remains unclear whether congressional Democrats will approve of Biden's plan to tax billionaires and ultra-millionaires.

Manchin called a different billionaires' tax proposal from Sen. Ron Wyden, D-Ore., "convoluted," but has since suggested that he could support some type of levy targeting the richest Americans.

Biden also proposed raising the corporate tax rate to 28% from 25% as part of his budget request and pitched a global minimum tax that's designed to crack down on offshore tax havens.

Under his envisioned budget, the nation's deficit would shrink by more than $1 trillion over the next decade. In fiscal year 2021, the federal deficit reached nearly $2.8 trillion, according to the Congressional Budget Office, while the national debt ballooned past $30 trillion.