Under current law, it is up to individual officers whether or not to detain someone to conduct blood alcohol testing if they have hit a pedestrian.

AUSTIN, Texas - A bill filed on Friday would require motorists to be tested for blood alcohol level if they strike a pedestrian causing serious bodily injury or death. Under current law, it is up to individual officers whether or not to detain someone to conduct blood alcohol testing if they have hit a pedestrian.

HB 1287, dubbed "Colten's Law," is named after 24-year-old Colten Carney, who was autistic. Almost four years ago, Michelle Carney says Colten decided to walk to work after getting a flat tire.

"He still needed to get to work that morning, being a responsible young adult that he was, and he wasn't but about a mile from his work. He decided to walk down the road and a gentleman hit and killed him," she said.

Michelle says the driver was not detained for a blood alcohol level test. However, she says her son was tested. 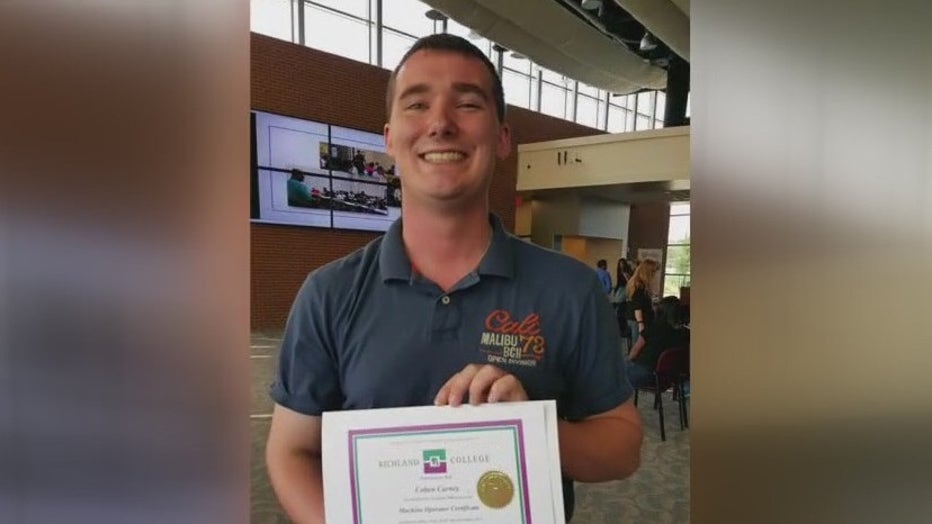 "When we questioned the officers why he was not tested and our son was tested. We were told, well, it was in the morning and people don't drink in the morning, and we all know that's not true," Michelle said. "We wanted to do something so that no other family has to question whether their loved one was killed by the negligence of someone else."

Texas Rep. Terry Meza (D-Irving) said the bill will "empower police officers to detain someone who has hit a pedestrian to test for the presence of drugs or alcohol in their system."

"Anyone who hits a pedestrian in this state causing serious bodily injury or death should not be allowed to leave the scene of that accident without having been tested for the presence of drugs or alcohol in their body," Meza said during a press conference at the Texas Capitol Friday afternoon. "Even though there are a lot of bills, and there's still more bills to come that doesn't make this bill any less important. And so our office will be working toward getting its passage."

Mothers Against Drunk Driving have also shown their support for the bill.