On Saturday, October 23, multi-GRAMMY award-winner and Rock & Roll of Famer Joel will take the stage for the first time in Austin since the '90s. The iconic performer is known for his numerous hits including "It’s Still Rock & Roll to Me," "Uptown Girl," and "We Didn’t Start the Fire."

Tickets for the Formula 1 Grand Prix and concerts are on sale now and can be purchased HERE. 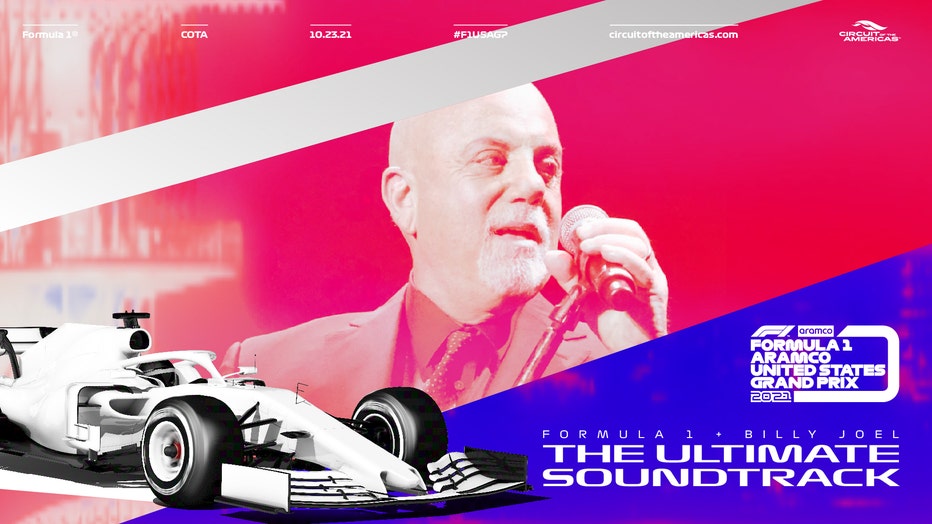 The Iconic performer is sure to rock the audience with his numerous hits, including, "It’s Still Rock & Roll to Me," "Uptown Girl," and "We Didn’t Start the Fire."

Joel is one of the biggest concert draws in the world, selling out arenas and stadiums across the globe. Having sold 150 million records over the past quarter-century and scoring 33 consecutive Top 40 hits, Joel ranks as one of the most popular recording artists and respected entertainers in history.

The singer/songwriter/composer is the sixth best-selling recording artist of all time and the third best-selling solo artist. In 2016, the Library of Congress selected "Piano Man" for preservation in the National Recording Registry for its "cultural, historic, and artistic significance."

Past artists who have performed on the Super Stage during the USGP weekend include P!NK, Imagine Dragons, Taylor Swift, Justin Timberlake, Bruno Mars, Britney Spears, and Sir Elton John.

Friday’s music performance will be announced next month.

Three-day race tickets, which include access to both headlining concerts along with other featured entertainment, start at $189 and are on sale now at www.thecircuit.com.