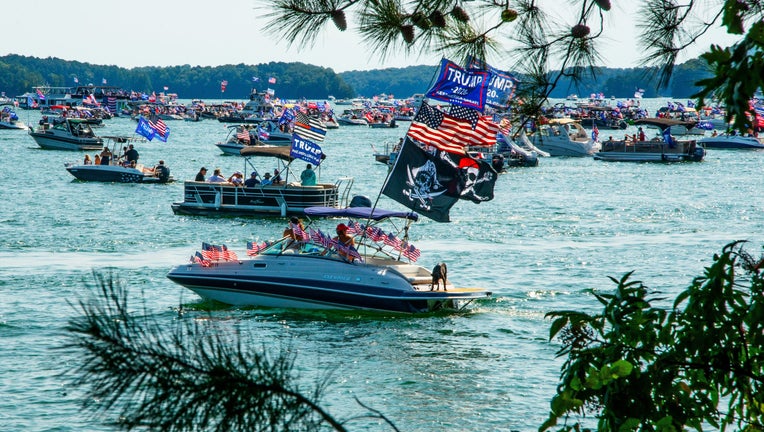 GAINESVILLE, Ga. - Hundreds of people participated in a massive boat parade Sunday morning to show their support for President Trump.

The "Great American Boat Parade," started in Lake Lanier around 10:30 a.m. and lasted through the afternoon. It was one of several boat parades that took place across the country.

The event included free admission for all active military, police, fireman, and military vets. According to organizers, all net proceeds will be donated to Tunnel 2 Towers, an organization that honors the military and first responders, and local charities.

The Lake Lanier parade came a day after several boats sank in a Texas lake while taking part in a similar parade.

“We responded to multiple calls of boats in distress, several of them sank,” but there are no reports of fatalities or injuries and investigators have not determined how many boats sank on the lake near Austin, according to sheriff’s spokesperson Kristen Dark.

Dark said the cause was under investigation, but there was no indication of an intentional act.

Organizers with the Georgia parade say that they planned a route "so every boat in the parade will be free from hazards."

"We have organized a grid that places vessels of the same length together for the [utmost] of safety," the organizers said on Facebook.

You can find out more about the event on its Facebook page.