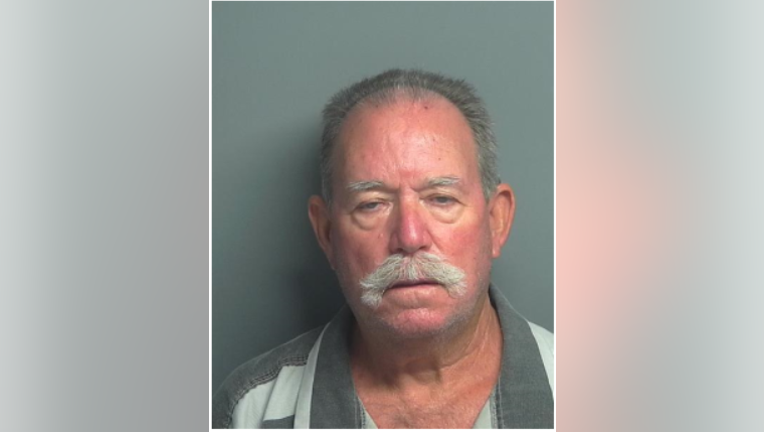 MONTGOMERY COUNTY, Texas - A 68-year-old man is accused of exposing himself to a teen while at Lake Conroe in April.

A nineteen-year-old girl told investigators in April that while she was sunbathing on her jet ski on the lake, she was approached by the suspect in his boat. The victim says Guins asked her if she needed a ride and when she looked up, she noticed that he was completely naked.

The teenage victim immediately left the scene and contacted authorities.

In May, the victim again contacted authorities again after seeing the same boat and male suspect who had exposed himself to her. This time she was able to use her cell phone to take a photograph of Guin's boat.

Authorities say they were then able to develop a suspect.

Then in August, the victim told authorities that Guin's parked his boat near her, got out of his boat and into the water, watching her the entire time he was there.

The Marine Division presented the case file to the District Attorney’s office and obtained an arrest warrant for the suspect for Indecent Exposure.

The constable’s office believes this may not have been the only incident and are asking anyone with information to contact their office at (936) 539-7821.