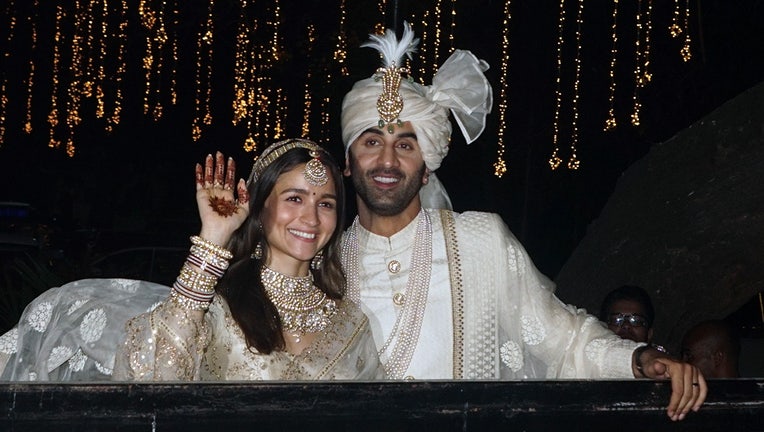 The couple wore ivory outfits as they came out and waved to photographers from their apartment building. Kapoor picked Bhatt up and walked back into the apartment with her in his arms.

The wedding ceremony was attended by close relatives, Bollywood stars and cricket icon Sachin Tendulkar and his wife.

Kapoor, 39, belongs to Bollywood’s popular Kapoor clan which has dominated the Hindi film industry since the 1940s. His parents, Rishi Kapoor and Neetu Kapoor, were prominent Bollywood stars in the 1970-80s.

He is the grandson of veteran actor-director Raj Kapoor, who was rated as Bollywood’s best showman. Raj Kapoor’s father, Prithviraj Kapoor, was an actor who ran a theater company and acted in Hindi classics in the 1940s.

Bhatt, 29, also belongs to a Bollywood family. Her father, Mahesh Bhatt, is a well-known filmmaker, and her mother, Soni Razdan, is a former actress. Bhatt made her debut in Karan Johar’s teen drama "Student of the Year" in 2012. She won an award for playing a kidnapping victim in the road drama "Highway" in 2014.

Ranbir Kapoor began his film career by assisting producer-director Sanjay Leela Bhansali in the film "Black" in 2005. He made his acting debut in Bhansali’s "Saawariya" in 2007.