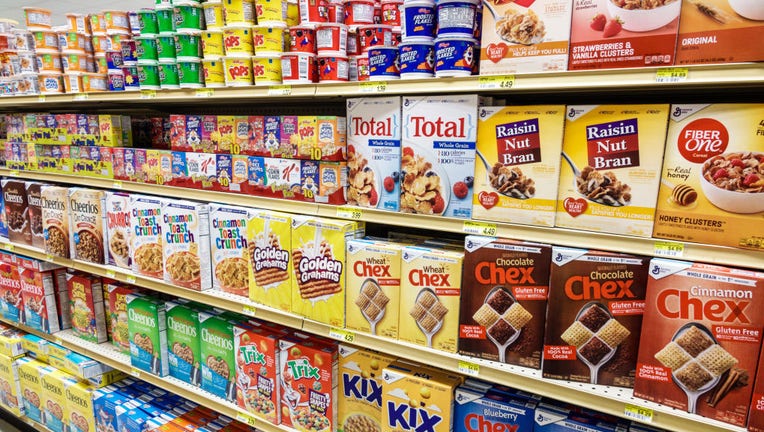 FILE IMAGE - The breakfast cereal aisle is pictured at a grocery store in Florida in an undated file image. (Photo by: Jeffrey Greenberg/Education Images/Universal Images Group via Getty Images)

WASHINGTON - The U.S. Food and Drug Administration recently proposed a new set of criteria for when food products can be labeled "healthy." Items like salmon, nuts, and seeds would now qualify, while many popular breakfast cereals like Honey Nut Cheerios and Raisin Bran would not.

Currently, food manufacturers can voluntarily add the word "healthy" to their products, according to a definition first set in 1994, the FDA said. The existing criteria have limits on total fat, saturated fat, cholesterol, and sodium, and the products must provide at least 10% of the daily value of vitamin A, vitamin C, calcium, iron, protein, and fiber.

The current definition of "healthy" does not contain a limit on added sugars, which the FDA believes is needed.

RELATED: Eating dinner early could be better for your health

"Healthy food can lower our risk for chronic disease. But too many people may not know what constitutes healthy food," Health and Human Services Secretary Xavier Becerra said in a statement. "FDA’s move will help educate more Americans to improve health outcomes, tackle health disparities and save lives."

Under the new proposal, a "healthy" food product must meet two requirements: It must contain a "meaningful amount" of food from at least one of the food groups or subgroups — like fruit, vegetable, or dairy — as recommended by U.S. dietary guidelines. It must also meet specific limits on certain nutrients, such as saturated fat, sodium, and added sugars. The limit would be based on a percent of the daily value for the nutrient and vary depending on the food and food group, the FDA said.

The FDA used cereal as an example, saying it would need to contain 0.75 ounces of whole grains and no more than 1 gram of saturated fat, 230 milligrams of sodium, and 2.5 grams of added sugars.

Many popular breakfast cereals that some may consider nutritious would not qualify for the "healthy" claim, based on the FDA’s proposed definition.

Kellogg’s and the Quaker Oats Company, manufacturers behind some of these cereals, did not immediately respond to a request for comment on the FDA’s newly-proposed criteria.

General Mills, the maker of Honey Nut Cheerios, said in a statement to FOX Television Stations: "We are encouraged to see that the proposed criteria is more closely aligned with the Dietary Guidelines for Americans, which include the addition of nutrient-dense food groups, like whole grains, that are found in many of our Big G cereals."

Meanwhile, other foods would now become eligible to use "healthy" on labeling under the new FDA proposal, such as nuts and seeds, avocado, higher fat fish like salmon, certain oils, and water, the agency said.

To better show the "healthy" claim on products, the FDA said it’s also "studying and exploring" a symbol that food manufacturers could use on packaging. 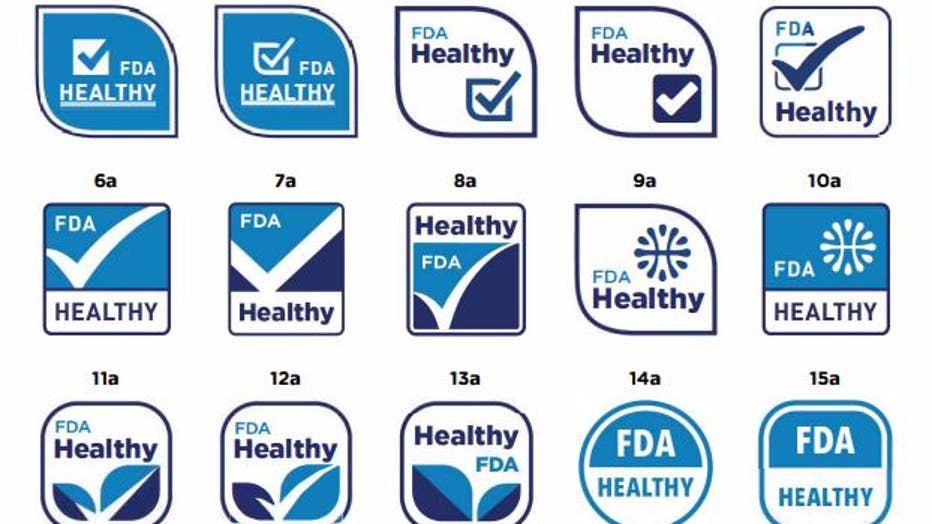 "The agency realizes that consumers are busy and, while shopping, may be seeking a quick way to identify and select healthy products," the FDA said in a Sept. 28 news release.

The FDA is currently seeking comments on its "healthy" proposal through Dec. 28, 2022. Instructions to submit a comment can be found here: Food Labeling: Nutrient Content Claims; Definition of Term "Healthy"