Officials with a Downtown Phoenix eatery announced on Thursday they have fired a worker who used the 'n-word' on a food order.

PHOENIX - Officials with a Downtown Phoenix eatery announced on Thursday they have fired a worker who used the 'n-word' on a food order.

The incident, which officials with Breakfast Club said happened on October 22, was made public after a photo of the food order was posted by Rakevion White, who works at the Breakfast Club's location at Cityscape in Downtown Phoenix. 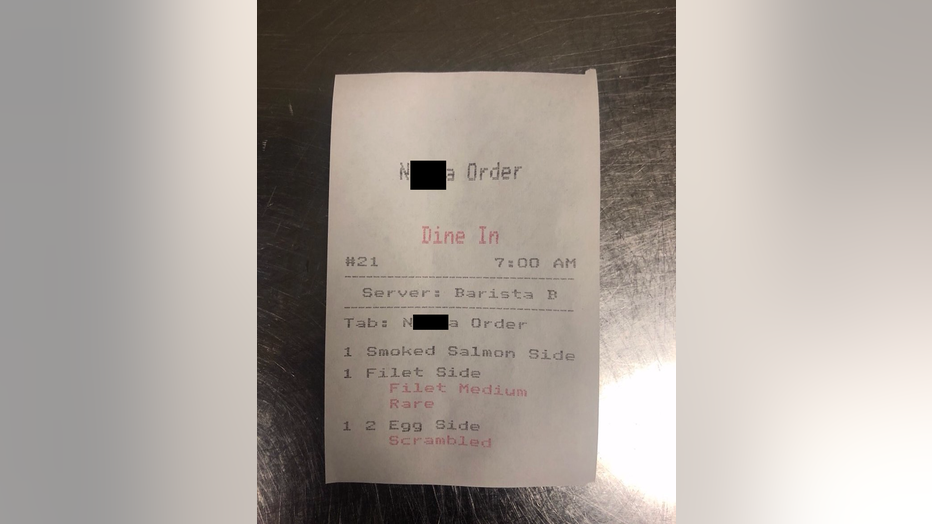 A photo showing a food ticket that is at the center of a racism-related incident at the Breakfast Club location in Downtown Phoenix. The derogatory term printed on the ticket has been obscured from view. (Courtesy: Rakevion White)

White's photo of the food order was widely shared, and went on to generate community outrage. The incident also garnered national media attention.

According to a statement released Thursday afternoon by Breakfast Club officials, the employee who used the slur was fired Thursday. Officials did not identify the now-fired worker by name.

"We came to a realization: the only way to ensure that Breakfast Club has a zero tolerance against discrimination is to take strong public action when discrimination occurs," read a portion of the statement. "While we believe in God's grace and in the sincerity of this young man’s remorse, we have more than 100 employees to consider and our standing as an organization in a community we value and love very much."

On Wednesday, Breakfast Club officials said the employee involved will not be fired.

"The young individual has been with us for five years, made a really poor judgment call, and did something that's created this issue," said the CEO of Breakfast Club, Kyle Shivers, on Wednesday. "We addressed it with them, engaged everyone internally, and elected to walk through this incident as a teachable moment instead of immediate termination."

On Thursday night, White issued a statement on the firing.

"Today’s firing should have happened the day I was the butt of an N-Word joke," read a portion of the statement. "Management was alerted to this serious offense on day one."

White also said he hopes the EEOC will investigate the matter.