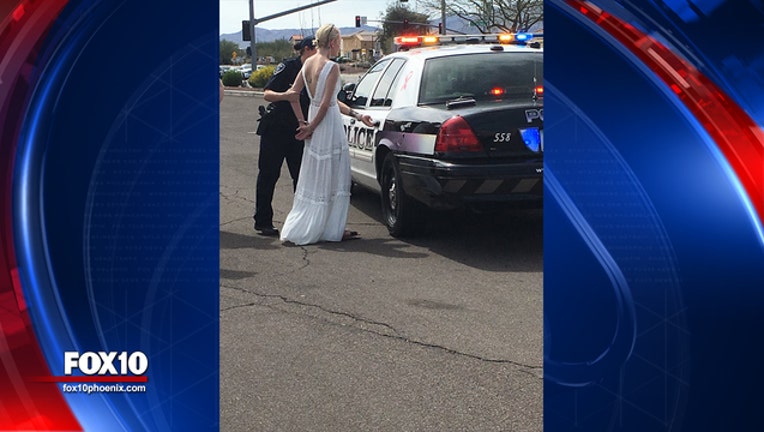 MARANA, Ariz. (AP) - A bride in southern Arizona was arrested on suspicion of impaired driving after she was involved in car crash on the way to her wedding.

Amber Young was wearing an open-back dress when she was handcuffed and put into a police cruiser Monday in Marana, 30 miles north of Tucson.

Police spokesman Sgt. Chriswell Scott says the 32-year-old is believed to have caused the three-vehicle collision.

One person suffered minor injuries in the crash.

It's not known whether Young has gotten an attorney who can comment on her behalf.

Young was taken to a police substation to have her blood drawn and released without going to jail.

It's unknown whether Young made it to her wedding.