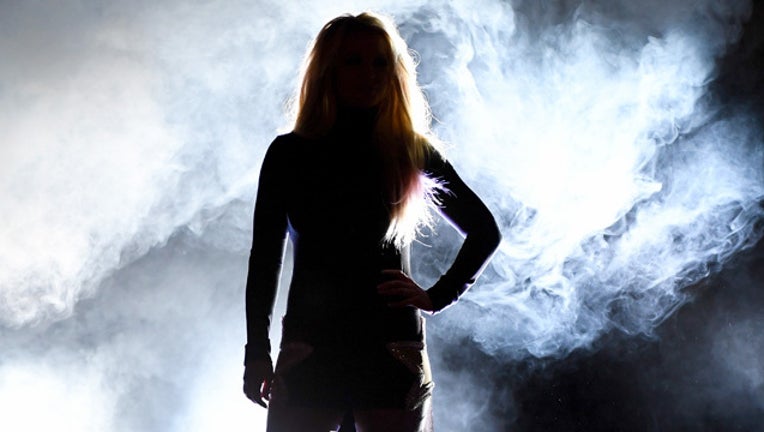 Singer Britney Spears is silhouetted as she attends the announcement of her new residency, 'Britney: Domination' at Park MGM on October 18, 2018 in Las Vegas, Nevada. (Ethan Miller/Getty Images)

LAS VEGAS (AP) - Britney Spears is putting her planned Las Vegas residency on hold to focus on her father's recovery from a life-threatening illness.

The pop superstar announced Friday she is going on an indefinite work hiatus.

Her residency was scheduled to kick off in February at Park Theater at the Park MGM casino-resort.

Spears says she is dedicating her focus and energy to care for her family.

The statement announcing her decision says her father, Jamie Spears, has had a complicated recovery after becoming ill two months ago, undergoing emergency surgery and spending several days at a hospital.

Refunds for "Britney Domination" shows are available at the point of purchase.