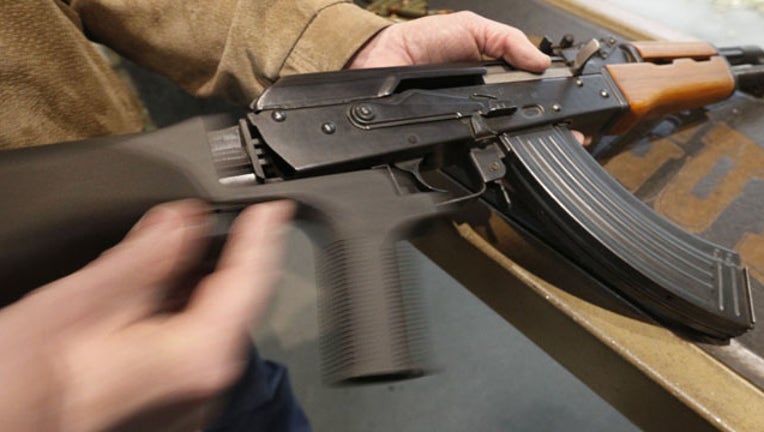 A bump stock is installed on an AK-47 and its movement is demonstrated at Good Guys Gun and Range on February 21, 2018 in Orem, Utah. (Photo by George Frey/Getty Images)

(AP) - The manufacturer of bump stock devices like the ones used in the Las Vegas mass shooting last fall is shutting down its business.

A message posted on the website of Texas-based Slide Fire says the company will stop taking orders at midnight on May 20.

A bump stock fits over the stock and grip of a semi-automatic rifle, allowing the weapon to fire continuously.

Bump stocks were found among the weapons used by Stephen Paddock as he shot from his 32nd-floor hotel room on Oct. 1, killing 58 people at a concert and wounding hundreds.

Slide Fire says orders placed prior to May 20th, 2018 will be processed and shipped.

The Brady Center to Prevent Gun Violence sued makers and sellers of the devices shortly after the massacre.