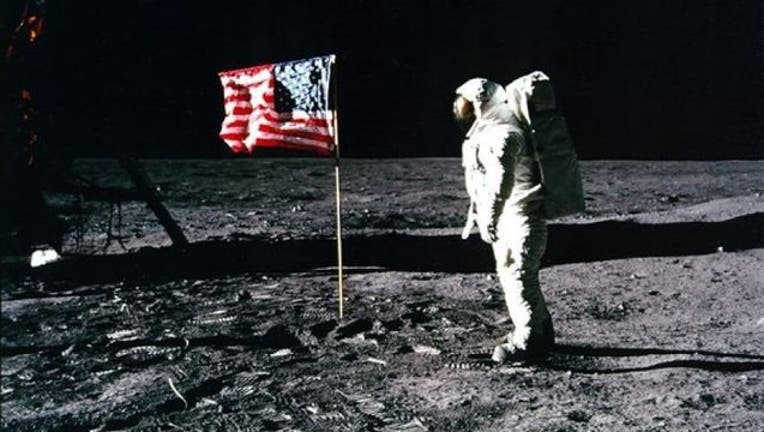 Buzz Aldrin salutes the U.S. flag on the surface of the moon. (FOX News via NASA)

Buzz Aldrin is working with the Florida Institute of Technology to develop a "master plan" for colonizing Mars within 25 years.

The second man to walk on the moon took part in a signing recently at the university, less than an hour's drive from NASA's Kennedy Space Center. The Buzz Aldrin Space Institute is set to open in the fall.

85-year-old Aldrin will serve as a research professor for aeronautics as well as a senior faculty adviser for the institute. Aldrin and Neil Armstrong walked on the moon's surface on July 20, 1969.

Aldrin hopes his “master plan” is accepted by NASA and the country, with international input. NASA is already working on the spacecraft and rockets to get astronauts to Mars by the mid-2030s. Aldrin is pushing for a Mars settlement by 2040. More specifically, he’s shooting for 2039, the 70th anniversary of his own Apollo 1 moon landing, although he admits the schedule is “adjustable.”

He envisions using Mars’ moons, Phobos and Deimos, as preliminary stepping stones for astronauts. He said he dislikes the label “one-way” and imagines tours of duty lasting 10 years.

"The Pilgrims on the Mayflower came here to live and stay. They didn't wait around Plymouth Rock for the return trip, and neither will people building up a population and a settlement" on Mars.

You can get more information from FOX News here.