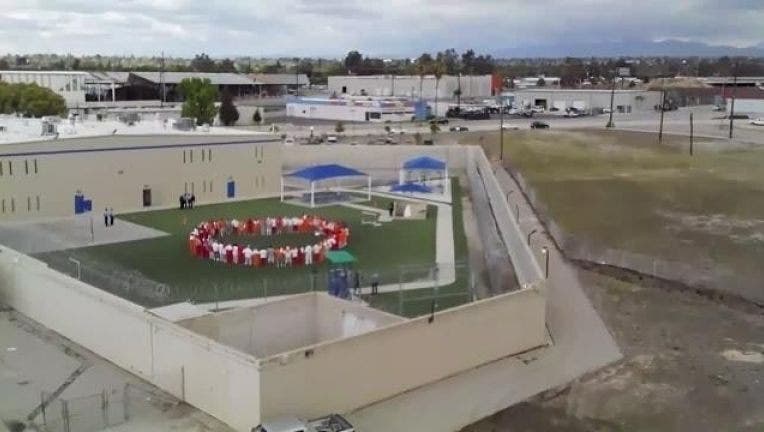 BAKERSFIELD, Calif. - Immigrants being held in a California ICE detention center are accusing federal agents and private prison contractors of ignoring COVID-19 protocols and then misleading a judge about their safety protocols, such as how far apart the bunk beds were placed from each other, according to court documents.

The documents, filed Tuesday in the U.S. District Court in San Francisco, allege that ICE agents at the Mesa Verde ICE detention center in Bakersfield, as well as the private prison company, GEO Group Inc., acted in a manner that "amplified the risk of coronavirus when the infections spiked in July and August.

In mid-August, 54 of the 104 detained people at Mesa Verde had tested positive for coronavius.

Detainees have repeatedly gone on labor and hunger strikes to protest conditions at Mesa Verde, which they claim put them at risk of contracting coronavirus.

“These documents show that high-level ICE officials were fully aware that their facilities were a powder keg for COVID infection,” said Deputy San Francisco Public Defender Emi MacLean. “Not only did they fail to take steps to avoid an outbreak, they made it worse and misled the public about what they were doing.”

An ICE spokesman did not immediately respond for comment on Wednesday.

However, in court documents, the U.S. Department of Justice said that Mesa Verde is now at 25% of its capacity, which allows detainees to remain socially distant

ICE's  website states, in part, that as early as March, the agency convened a working group of doctors and detention efforts to practice "enhanced steps to minimize the spread of the virus."

ICE’s detained population "has steadily dropped by more than 7,000 individuals" since March 1 as a result of releases and the decrease in book-ins when compared to this time last year, the agency stated.

But those steps are not enough, the plaintiffs' lawyers argued. And in their new filing to the court, they allege ICE agents:

The lawyers also allege that ICE began testing in August only out of fear of receiving a restraining order.

That same month, the U.S. District Court Judge Vince Chhabria intervened, preventing any new detainees from being booked at Mesa Verde and requiring weekly testing of staff and those at the facility.

Now ICE and GEO contractors have asked the court to lift these restrictions.

An evidentiary hearing in the matter is scheduled for Nov. 16.