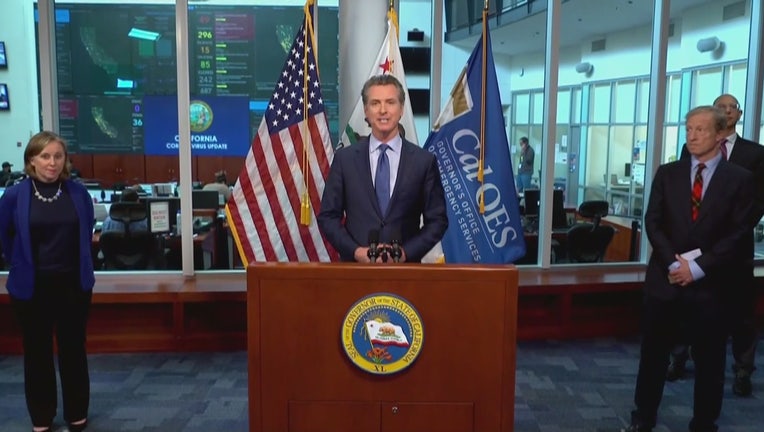 On Thursday, 95 people died of coronavirus, the single highest death count in a single day. So far, 985 people have died in California from the virus.

In delivering these numbers, Newsom implored Californians to tow the line and not ease up on shelter-in-place restrictions.

California has had a much lower death rate than places such as New York City, which saw 10,000 people die as of this week. Many attribute that to California's early actions, including health officials in six Bay Area counties, in locking their jurisdictions down.

Earlier this week, Newsom outlined six criteria that must be achieved before California would be able to resemble some sort of normal again.

He said he would know more specifics regarding a timeline in early May.