Can plants hit hard by winter storms be nursed back to health?

Many plants were blanketed in snow and ice for more than a week, but if you take action now and are patient, they may come back to life this spring.

AUSTIN, Texas - There are many very sad-looking plants and trees in Central Texas following last week's winter storms, but are they dead or can they be nursed back to health?

The hardest-hit plants are those that weren't covered or brought inside during days of sub-freezing temperatures, including palm trees, citrus trees, agave, and various types of cacti. 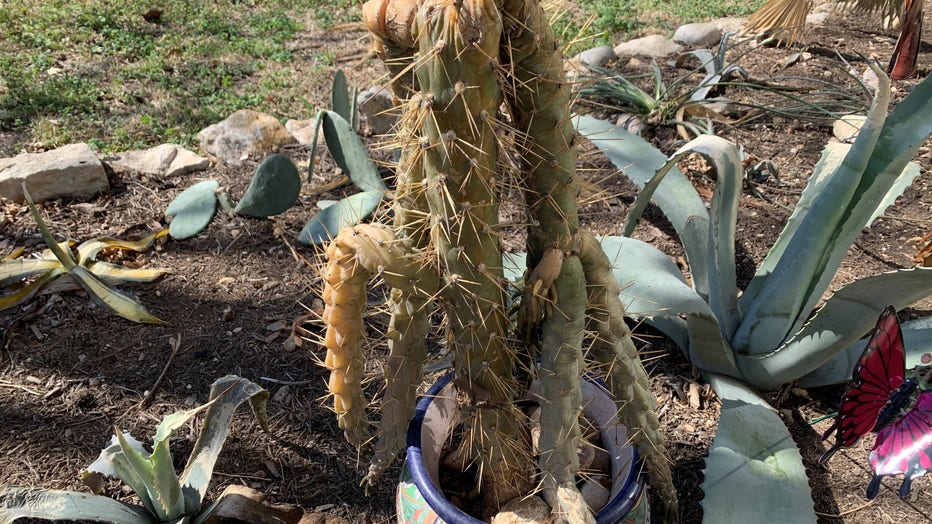 Many were blanketed in snow and ice for more than a week, but if you take action now and are patient, you may see them come back to life this spring.

"It's really going to be a waiting game," said Mark Gibbs with the Great Outdoors Garden Center in Austin. "You can clean things off - but, no more than 70 percent. So, like on those agaves, everything on the ground level, that's going to get pretty mushy and gross. So, the sooner you get rid of it the better off the plants going to be."

Looking at the impact of the winter storm on Texas farmers

Director of Communications with the Texas Farm Bureau Gary Joiner talks about the storm's impact on farmers in the state.

The same goes for most taller cacti; remove about 70 percent of the dead part on top. When it comes to palm trees, you should remove dead palm fronds, except those closes to the top of the tree which will have new shoots.

The Great Outdoors has several gardening videos on YouTube, including videos on salvaging your weather-beaten trees and plants.