4 suspects in custody, armored car driver shot during robbery near bank in Carrollton

Four people were taken into custody near the Tyler area after a robbery and shooting at a Carrollton bank.

CARROLLTON, Texas - Four suspects are charged with aggravated robbery after shooting at two armored truck company employees while servicing an ATM at the Bank of America on Josey Lane in Carrollton.

Rayfiel Gill, 40, Lillie McCoy, 43, Katron Pittman, 17, and Gary Taylor, 17, were arrested on Thursday in Tyler, three hours after the robbery. 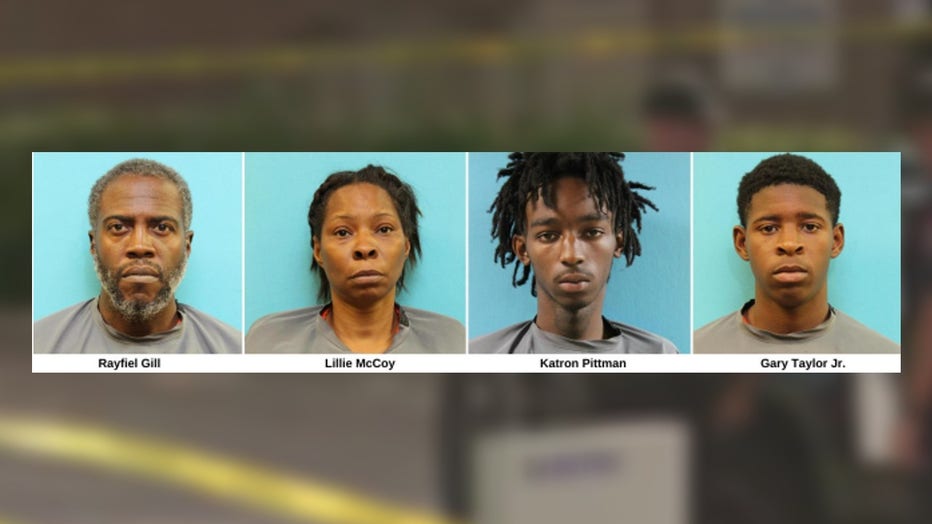 Police say the four Mississippi suspects shot at the armored truck employees just after noon on Thursday, hitting one of them in the wrist.

Rounds fired from at least three different weapons were recovered at the scene, according to Carrollton police.

Investigators say the suspects drove off with a bag containing a large amount of cash.

Police say they dumped their initial getaway vehicle in a nearby alley, setting it on fire before hopping into a different car.

After issuing a BOLO alert, that vehicle was spotted around 3 p.m. by a Smith County constable about 100 miles east on Interstate 20 near Tyler.

The constable claims after pulling over the suspects he was able to see a large amount of cash inside.

The suspects were taken into custody and spent the night in the Smith County Jail.

A judge set the suspects bond at $1 million each. 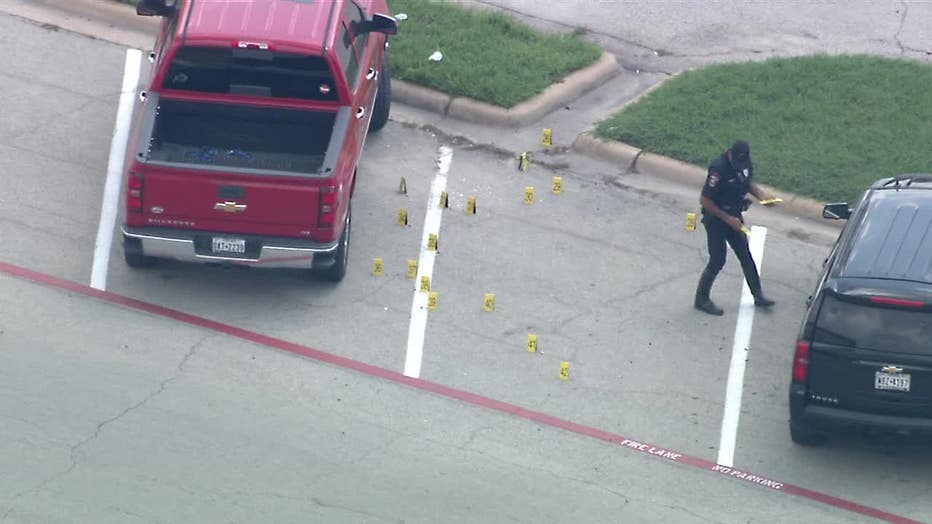 Carrollton police say the investigation is ongoing and additional charges could be filed.

The injured guard was taken to Medical City Plano and his injuries are not considered life-threatening.