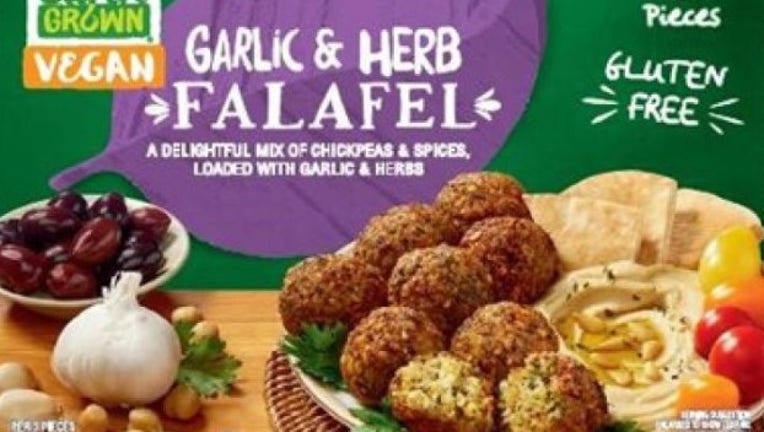 ATLANTA - The U.S. Centers for Disease Control and Prevention and the Food and Drug Administration are investigating a multistate outbreak of E. coli infections.

Health officials believe the Earth Grown brand frozen falafel sold at ALDI stores may be contaminated with bacteria and is making people sick.

As of October 7, health officials said 20 people have been infected from six states between July 13 and September 13. The states listed are Florida, Michigan, Wisconsin, Iowa, Ohio and Kansas.

E. coli: How it spreads, symptoms and how to prevent illness

Some strains of E. coli, a bacteria that live in the intestines of people and animals, can be particularly dangerous to infants, young children, the elderly and those with compromised immune systems.

Their ages range from less than one to 71 years old, with a median age of 31. Health officials said at least five people have been hospitalized including one person who developed hemolytic uremic syndrome, a serious condition that can cause kidney failure.

No deaths have been reported.

Officials believe more people in more states may be sick.

The infections were traced back to the product in question after several people were interviewed and most reported that they shopped at ALDI. Some also reported eating the falafel in the week before getting sick.

The CDC is advising people to not eat, sell, or serve recalled frozen falafel.

According to the CDC, Escherichia coli (E. coli) bacteria are typically found in the intestines of people and animals. Most E. coli are harmless and an important part of a healthy human intestinal tract.

But some E. coli can cause illness, either diarrhea or illness outside of the intestinal tract. These types can be transmitted through contaminated water or food, or through contact with animals or people.

Symptoms vary, but often include:

Most people get better in five-seven days. Some infections are very mild, but others are severe or even life-threatening. About 5-10% of people with an e. Coli infection develop hemolytic uremic syndrome (HUS).