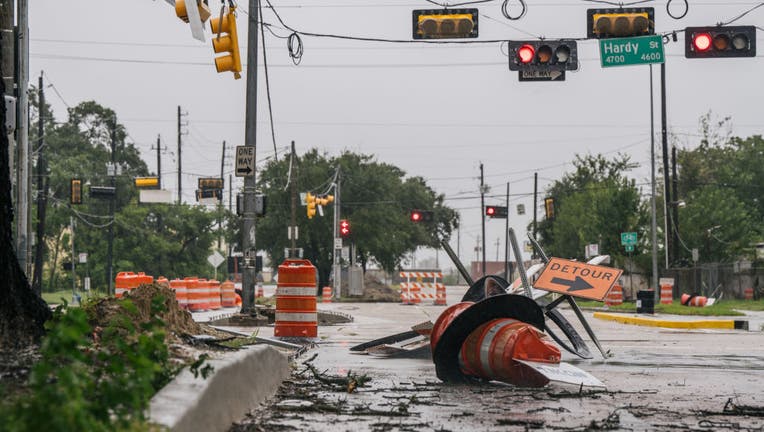 HOUSTON - It's been nearly a week since Nicholas made landfall in Texas, leading to thousands of power outages across the Houston area.

FOX 26 continues its team coverage of Hurricane Nicholas and in some parts of Houston, things calmed down around midnight but our Tiffany Justice was live in Galveston, where things looked a lot different out there.

At its peak, CenterPoint Energy says nearly 460,000 customers experienced power outages. However, as of 6 p.m. Saturday, the energy company announced more than 99.99% of customers have had their power restored.

"We appreciate our customers’ patience as we continue to work hard to restore service to every customer who is still without power," said Kenny Mercado, CenterPoint Energy’s Executive Vice President, Electric Utility. "The company has had the privilege of serving Greater Houston and surrounding communities for more than 150 years, and we are committed to responding as safely and quickly as possible when severe weather causes damage to our system."

FOX 26's Matthew Seedorff has more on how communities along the Texas coast are doing after Hurricane Nicholas made landfall.

In a press release, CenterPoint noted Nicholas may have caused damage to some customer-owned equipment like their meter box or Weatherhead, which is the line that enters the home through a pipe.

"In those cases, customers will need to contact a qualified electrician to make sure the damage is repaired before the company is able to restore service to them," the energy company said.

MORE: After the storm, utility companies work to restore electricity

Additionally, the storm affected its natural gas system, but not to the point where they can still assist customers.

"Hurricane Nicholas impacted our natural gas system, but we continue to maintain reliable service to our customers while addressing the issues caused by the storm," said Scott Doyle, Executive Vice President, Natural Gas.