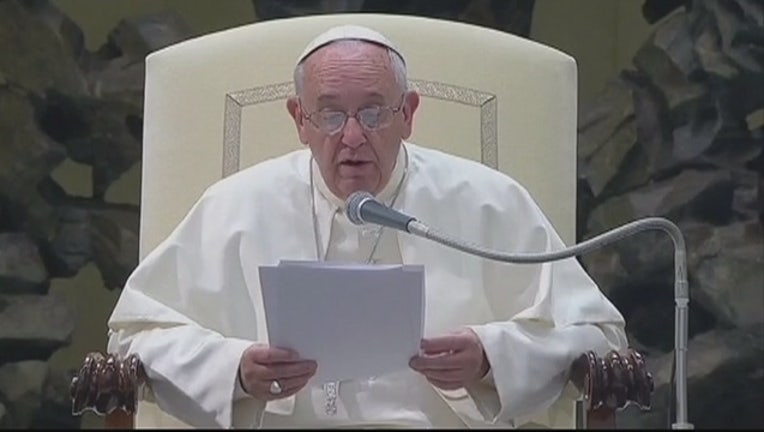 NEW YORK (FOX 5 NEWS) - New Yorkers are excited for the pope's visit. Thousands of lucky ones snagged tickets to see Pope Francis when the pontiff makes a procession through Central Park. But one guy isn't feeling it. He wants out so he can go watch some football. Someone named Anthony posted an ad on Craigslist saying he wants to swap his pope tix for either New York Jets or New York Giants seats.

"In that I have no interest on selling the Pope tickets, an even trade is the way to go," the ad reads.

The pope's park procession is Friday, September 25, 2015. Tickets to see him were free; about 80,000 tickets were distributed by lottery. The city has asked ticket holders to not sell the tickets, but of course they have turned up on eBay and Craigslist. Cardinal Timothy Dolan and elected officials have condemned the black market for pope tickets. City officials said they have been cracking down on the resale of tickets by flagging those ads. The New York Times reported that eBay and Craigslist have been removing those ads at the city's request.

The Giants (0-2) are playing at MetLife Stadium in East Rutherford, New Jersey, on Thursday night, whereas the Jets (2-0) are playing there Sunday.