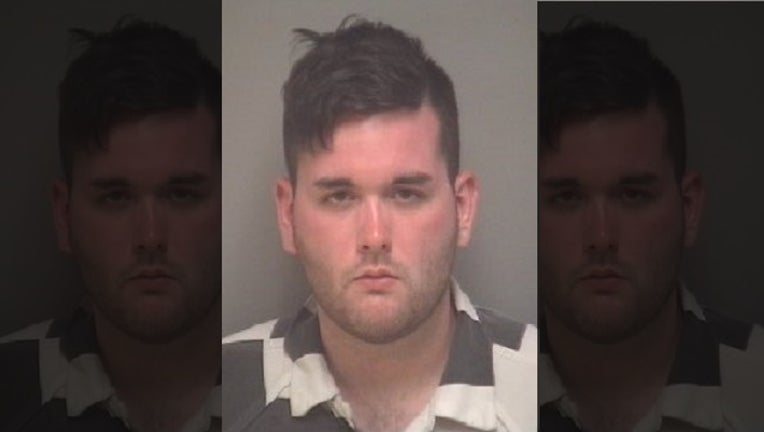 James Alex Fields, Jr. was arrested on Saturday after plowing his car into a group of counter-protestors at a white nationalist rally in Charlottesville, Va.

The mother of the man who police say killed a woman when he plowed a car into a group of protesters during a white nationalist rally in Charlottesville, Virginia, Saturday said she urged her son that if he was going to the rally to “be careful.”

James Alex Fields Jr., 20, of Maumee, Ohio, texted his mother Friday to say he had dropped his cat off at her house so he could go to an “alt-right” rally in Virginia.

“I told him to be careful,” Samantha Bloom, a paraplegic, told the Toledo Blade. “[And] if they’re going to rally to make sure he’s doing it peacefully.”

In an interview with The Associated Press on Saturday night, Bloom said she didn’t know it was a white supremacist rally. "I thought it had something to do with Trump. Trump's not a white supremacist," said Bloom, who became visibly upset as she learned of the injuries and deaths at the rally.