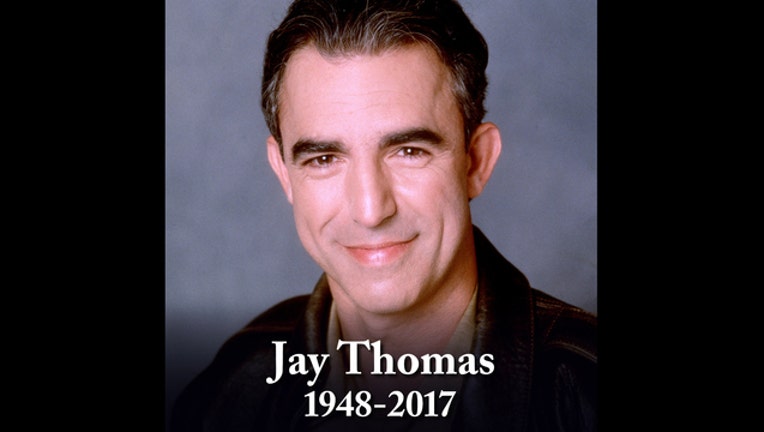 NEW YORK (AP) - A publicist for Jay Thomas says the actor and radio host has died. Thomas was 69.

In a statement Thursday, publicist Tom Estey said his longtime friend and client will be dearly missed by many. Estey didn't provide further details about Thomas' death, though several media outlets blamed cancer for his death.

He also starred in the sitcom "Love & War" as a sports writer romancing the woman who owned his favorite sports bar.

Thomas started out as a DJ in college and in recent years hosted a talk show on SiriusXM Radio.