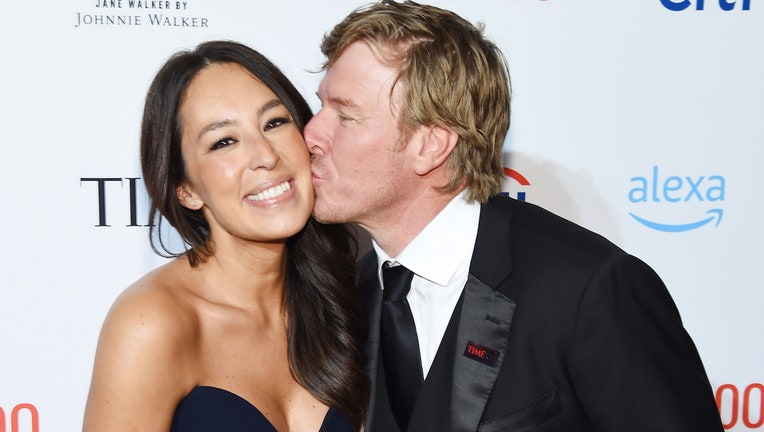 Chip and Joanna Gaines are giving fans a first look at their upcoming Magnolia network with the help of one of their favorite bands, Johnnyswim.

The couple revealed the first show that will debut on their new venture. The reality show, with the working title “Home on the Road,” will follow band members Abner Ramirez and Amanda Sudano Ramirez as they tour North America with their two kids in tow as well as eight band and crew members.

The series will start with a six-episode run. Each week, Abner, Amanda, son Joaquin, 4, and daughter Luna, 1, will explore the culture, stories and food of a new city they visit on tour as they try to make their life on-the-go feel like home for their growing family.

The show will debut along with the rebranded DIY cable channel in Oct. 2020 as a joint venture between the Gaines family and Discovery.

“Amanda and Abner are magnetic,” Chip and Joanna said in a statement. “Ever since we met them a little over five years ago,  we’ve been drawn to the way they navigate family, community, and life on the road. They’re not just musicians, they’re storytellers and together, they are a true picture of the relentless pursuit of following a dream and making it a reality; but their dream doesn’t stop with them–it’s extended to their family and fans and everyone they meet.”

“When you’re on the road as much as we are, time spent at home starts to feel a lot like vacation,” Abner and Amanda added. “We decided early on that we want to spend as much time together as possible…so when we go on tour, we all go on tour. We’d be lying if we said the idea of traveling the country with your bandmates, a four-year-old and a 12-month-old wasn’t a little bit scary, but it’s all we know. No matter what, we’re going to make home on the road.”

The band holds a special place in the Gaines' heart as they revealed they conceived their fifth child after a Johnnyswim concert.

Chip took to Twitter to reveal two vague hints that indicated the couple was expecting. However, it was the third hint in which he gave it all away, revealing that the music of Johnnyswim is partially to blame.

“Hint #3 You might recall a few months back.. The ever amazing, ever romantic @JOHNNYSWIM was in Waco. And they put on a little too romantic of a concert.. Anyways, one thing led to another, & we are officially pregnant. And I could not be more EXCITED! #5 #7ThePerfectNumber," he tweeted at the time.