The new California bill that will ban gas-powered cars by 2035 will also apply to Virginia. FOX 5's Nana-Sentuo Bonsu reports from Virginia with the details!

ARLINGTON, Va. - The new California bill that will ban gas-powered cars by 2035 will also apply to Virginia.

Virginia is currently on a path toward adopting California’s new, stringent rules for transitioning to zero-emission vehicles because of 2021 legislation that involved adopting the West Coast state’s emissions standards, attorneys and state officials said this week.

"I'm not convinced that batteries are any better for the environment versus the gas," said Gayll Worsley.

The debate over gas versus electric cars is heating up.

"I like the initiative. I'm environmentally conscious, but I don't think I can get the same mileage in a battery that I can get in a gas," said Julian Sookhoop.

Sookhoop and other Virginia drivers have about 13 years to figure out what works for them. In 2035 Virginia will join California and other states in their ‘clean car standards.’ 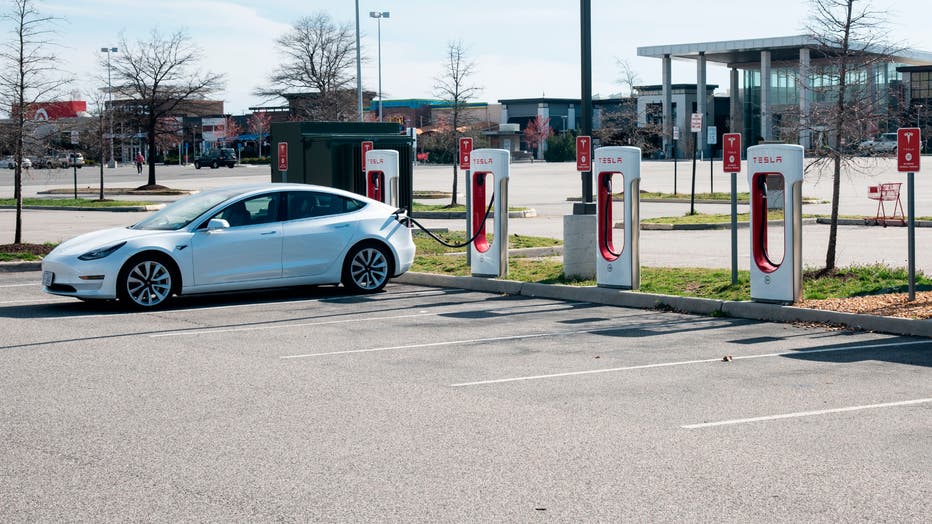 "If you already own a vehicle or you can buy a used vehicle, it would not be banned," said Trip Pollard. He's the senior attorney and leader of the land and community program at Southern Environmental Law Center.

"Transportation is the number one source of carbon pollution in Virginia. And this is one of the best tools to get out of that," Pollard said.

This means car companies will have to make adjustments very soon, according to Pollard.

"The burden would fall on the manufacturers to produce these vehicles, but that's exactly what they are planning. So by adopting this, Virginia hopes to go where the industry is going," he adds.

It would require all new cars in the state to be run electric by the year 2035.

The current administration is trying to reverse the change. A statement to FOX 5 from Victoria LaCivita, a spokesperson with Attorney General Jason Mayares's office reads:

"In 2021, Governor Northam and the far-left controlled General Assembly signed a law that binds Virginia to California's emission vehicle regulations, which, among other things, bans the sale of gas-powered cars in Virginia by 2035. The Attorney General is hopeful that the General Assembly repeals this law and discontinues any trend that makes Virginia more like California. Unelected California bureaucrats should not be dictating the will of Virginians."

Brad Carl, who is for electric cars says they are the future. "Anything that would go against kind of what the market is - isn't the way we should be doing it anyway. We should go along with that flow," Car explains.

"House Republicans will advance legislation in 2023 to put Virginians back in charge of Virginia’s auto emission standards and its vehicle marketplace. Virginia is not, and should not be, California," House Speaker Todd Gilbert said in a statement.

FOX 5 travels to Montgomery County for Electric Car Day to learn about the impact electric cars will have on the future of driving.

Governor Youngkin said he was "already at work to prevent this ridiculous edict from being forced on Virginians."

California's regulators on Thursday approved a plan requiring all new cars, trucks and SUVs sold in the state to run on electricity or hydrogen by 2035, with one-fifth allowed to be plug-in hybrids. The policy doesn’t ban cars that run on gas, allowing drivers to keep their existing cars or buy used ones.

The policy approved by the California Air Resources Board is the world’s most stringent set of rules for transitioning to electric vehicles. It will require new charging infrastructure and a more robust energy grid, and is likely to reshape the U.S. auto market.

Virginia is among 17 states that have adopted some or all of California’s tailpipe emission standards that are stricter than federal rules. California, the nation’s most populous state, has had the authority to set its own for decades under a waiver from the federal Clean Air Act.

Victoria LaCivita, a spokeswoman for Republican Attorney General Jason Miyares, said in a statement that the 2021 law bound Virginia to California’s regulations and that Miyares is hopeful the General Assembly repeals it.

Environmental attorneys also agreed that under current law, Virginia would have to get in line with California.

"It’s a really great development for consumers, relief from high gas prices and clean air," he said of the new rules.

Democrats control the state Senate by a single vote. A caucus spokesperson had no immediate comment Friday beyond noting that every Democratic senator supported the bill in 2021.