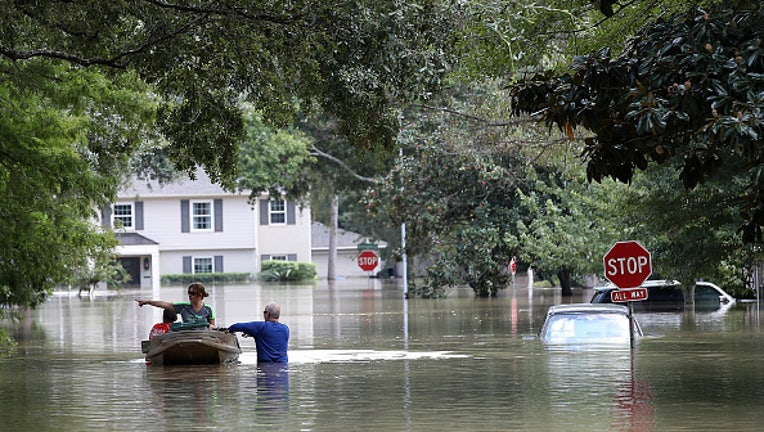 HOUSTON, TX - AUGUST 31: Residents in a neighborhood near the Barker Reservoir return to their homes to collect belongings August 31, 2017 in Houston, Texas. The neighborhoods surrounding the reservoir are still experiencing severe flooding due to th

AUSTIN, Texas - For decades, scientists warned that human-induced climate change could put communities in danger around the world.

More intense climate and weather events beyond natural climate variability have already damaged people and nature. Those threats are becoming increasingly evident in Texas. The ongoing heat wave, which brought unseasonably high temperatures and once again raised concerns about the capacity of the state’s power grid, is just one example.

Texas is getting hotter — even at night

Sundown isn’t providing as much relief, according to a 2021 report published by the state’s climatologist.

The average daily minimum and maximum temperatures in the state both rose by 2.2 degrees Fahrenheit from 1895 to 2020, according to the report. The biggest changes in average temperatures were reported in urban areas, where buildings and roads absorb more of the sun’s heat, but every Texas county saw an increase. Even minor shifts in average temperatures require more electricity from the power grid, endanger the health of people who work outdoors, and can alter climate patterns and ecosystems. Heat also increases the prevalence of ground-level ozone pollution, or smog, making it harder for people with asthma and other health concerns to breathe outdoors in major Texas cities.

This year, cities across Texas have seen record triple-digit temperatures amid a prolonged spring heat wave that officials warned could lead to heat exhaustion and illness.

Why is the UV Index so high right now in Central Texas?

The UV index is measured on a range from 1 to 11. Right now, Austin's UV index is peaking right around 10 to 10.5. That means sunburns can occur in about half an hour if sunscreen is not applied.

Hurricanes that hit the Texas coast are getting more powerful

Climate change increased the intensity of Hurricane Harvey in 2017, multiple studies found after the storm. Harvey could not have produced so much rain without human-induced climate change, scientists concluded. 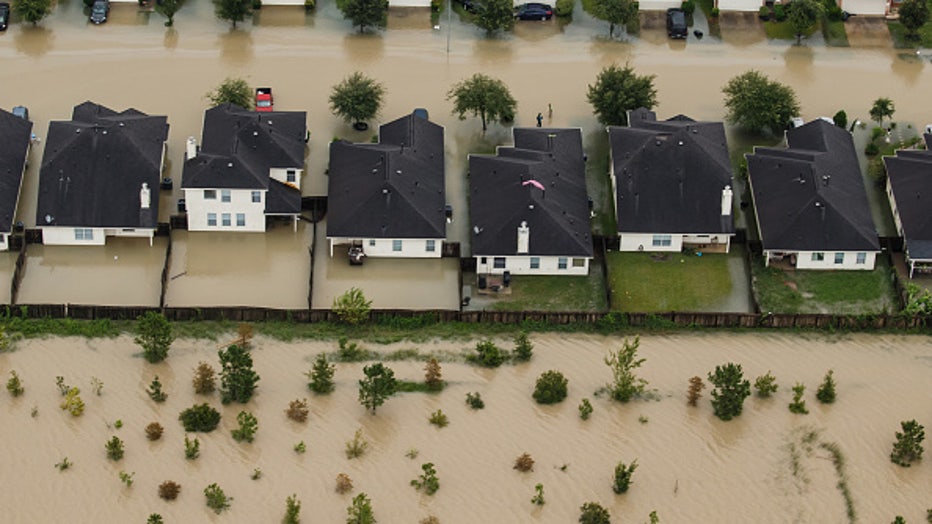 Sea levels are rising along the Texas Gulf coast

Between 2000 and 2019, rising sea levels caused the Texas coastline to retreat, on average, about 1.25 meters, or about 4 feet, per year, according to a 2021 University of Texas Bureau of Economic Geology report for the Texas General Land Office. A 2021 report by the state’s climatologist found that a 1-meter relative sea level rise produces a doubling of storm surge risk.

"The places along the Texas coast with the largest rates of sea level rise may have a doubled storm surge risk by 2050 relative to the beginning of the 20th century, purely due to relative sea level rise itself," the report said. 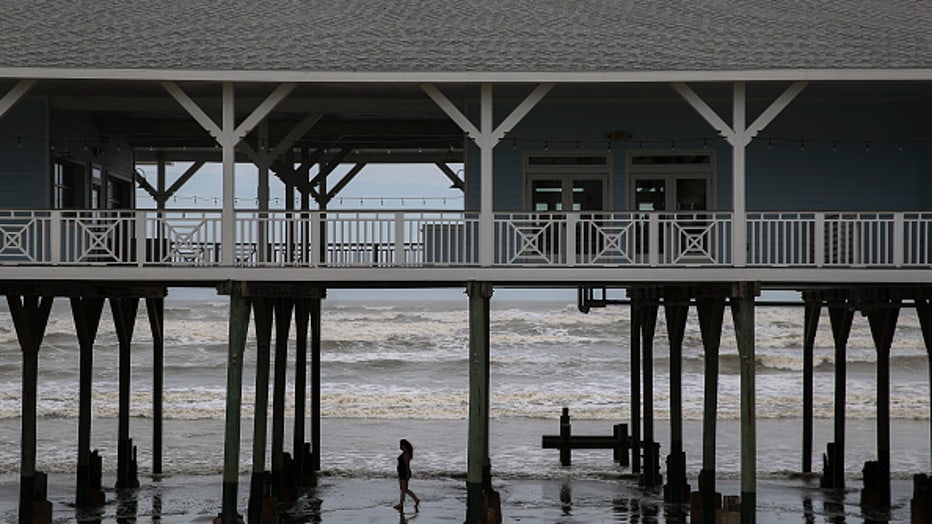 GALVESTON, TX - AUGUST 26: A woman walks on the beach as waves from Hurricane Laura roll in on August 26, 2020 in Galveston, Texas. Laura rapidly strengthened to a Category 4 hurricane during the day, prompting the National Hurricane Center to descri

Other extreme weather events in Texas could get worse

Winters are generally becoming milder, but some emerging science suggests that global warming could play a role in arctic changes that cause southerly cold snaps like the one that devastated Texas in February 2021.

The 2021 freeze caused as many as 700 deaths, according to a BuzzFeed News analysis, and up to $129 billion in economic damage, according to The Perryman Group, an economic firm.

The state will need to upgrade its infrastructure, including the power grid, to withstand extreme weather while cutting back on carbon emissions to help slow climate change, experts have said.

Winter storm in Central Texas: Look back on 1 year anniversary

Texas was hit by a winter storm in February 2021 that left close to 250 people dead and had thousands of people without power for days.

Global warming enhances droughts by increasing water evaporation and reducing snow, which can serve as a water source and retain moisture in the ground.

In Texas, some experts fear a drier-than-usual winter and less rainfall this spring could put parts of the state in a drought similar to the one Texas saw in 2011, the driest year recorded in the state.

In the second half of this century, Texas could see "megadroughts" worse than any previously recorded, according to a 2020 report from Texas A&M and University of Texas at Austin scientists.

The projections are of particular concern for communities like Dallas, which relies entirely on surface water — which is more vulnerable to evaporation — and farmers and ranchers, who rely on rainfall for crops and livestock.

Severe droughts could limit forage growth needed to raise cattle for beef, for example. Droughts, along with disruptions from natural disasters, could strain the state’s food supply chains and drive prices up.

What residents, officials are saying about Burnet County being in a drought

Burnet County moved into severe drought stage two weeks ago, and the recent rain may not be enough to help it.

The risk of illnesses is growing

Warmer waters with reduced flow are more susceptible to pathogens, such as a brain-eating amoeba found in Lake Jackson in 2020, posing risks for recreational use and consumption.

Texas’ warming temperatures are also more inviting to insects that carry and transmit diseases historically seen in the tropics. That’s what experts say happened in 2012, when hundreds of Texans in the Dallas area were diagnosed with the mosquito-transmitted West Nile virus after a warm winter.

Dengue fever and the Zika virus, also transmitted by mosquitoes, are expected to become more common in warming climates.

How often can you be infected with the coronavirus?

COVID is still here and it is showing no signs of disappearing. FOX Med Team's Deena Centofanti joins Casey Claiborne to talk more about reinfections and why they are possible.

As communities around the globe increasingly feel the impacts of climate change, more people could head to Texas.

Last year, Politico documented how states along the U.S.-Mexico border have become destinations for thousands of people fleeing Central America because of climate change, food insecurity and poverty.

And with sea levels rising along the U.S. coast, about 1.5 million Americans could relocate to Texas by 2100, according to a 2017 study. The Austin-Round Rock area would be the top destination, according to the study, but the Houston and Dallas areas could also see a large influx of climate migrants.