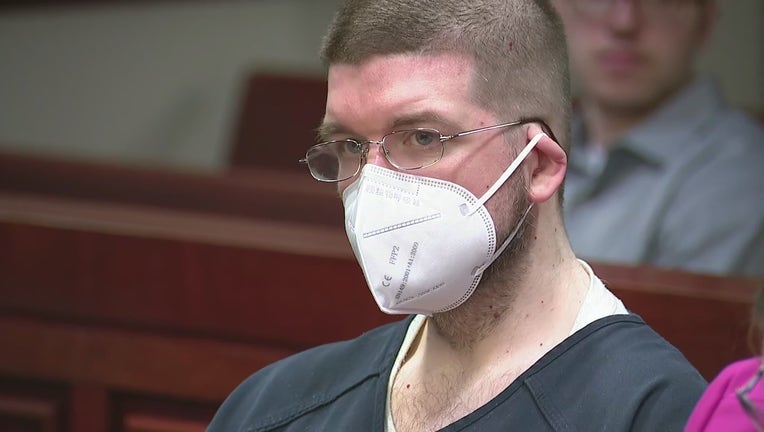 CLINTON TWP, Mich. (FOX 2) - A Clinton Township man who was charged last August with murdering his girlfriend, mutilating her remains, and then living with her body for at least seven months appears in court Thursday for a preliminary hearing where disturbing and graphic details were revealed.

Matthew Lewinski appeared in Macomb County court on Thursday after being charged with multiple crimes on August 4, 2021, including murder and mutilation of a body after he allegedly strangled his girlfriend and kept her corpse in the condo they had shared.

The preliminary hearing started around 11:15 a.m. on Thursday and the first to testify was Lewinksi's sister, Debra Federico. She testified that the house where her brother was living was a condo and it belonged to her father. However, since she's the father's guardian, she kept tabs on the condo. However, she said she had some issues with her brother.

"I haven't really talked to him probably since early 2019. There was some disagreement related to my father's health issues and guardianship related to that," she said.

Prior to the start of COVID, Federico said the condo was foreclosed upon and, since the woman's body was discovered, the foreclosure has been finalized.

On July 27, 2021, Federico said it had roughly been a year since she was last in the condo, but she had tried to enter.

"I did try to go there a couple of times but Matthew wouldn't let me in," she said.

On that day, the condo association called her because lights were left on inside the condo. At the time, Lewinski was hospitalized and she used the time that he was gone to get some belongings back because of the ongoing foreclosure.

"I understood that Matt was in the hospital and the lights were left on in the condo and went to go check the condo and see what was going on," she said.

Federico did not go inside of the condo but waited outside while her husband, son, and a family friend went inside. She waited outside and Facetimed with them so she could see inside. When they came out, they told her they'd found something and needed to call police.

Federico testified that she knew her brother had a relationship with a woman named Courtney but she never met the woman face-to-face.

During cross-examination from Lewinski's attorney, she revealed that she had spoken on the phone with Courtney before.

"They were very volatile. she yelled at me and told me she was going to have me arrested for not paying the bills," she said.

Federico said they were looking for a ceramic Christmas decoration and believed it was in the basement. There's where her husband, Joseph, said they discovered the body.

Joseph was the second to testify and said he also didn't know who Courtney was. He said they were inside and went down into the basement and was the first to discover the woman's remains.

"I saw something on the floor, didn't know what it was," he said.

Joseph said he didn't see a face and couldn't tell if it was a man or a woman. He said he could only see arms and legs.

He said he then called over the other two men who said they needed to call 911. The three men then left the condo and waited for police. He said they never touched the body or went back inside once they left.

The final witness called to the stand was Det. Michael Chirco, an investigative officer with the Clinton Township Police Department and one of the first deputies to observe the gruesome scene inside the home.

After Chirco and another detective received a search warrant to enter the home, they first saw what looked like an unkempt home that was "somewhat soiled" and had a "musky air." Paperwork inside the home indicated one of the residents was Lewinski.

When they entered the basement, Chirco testified that human remains could be seen on the floor through the doorway. He described it as nude, face down, lying flat, with its arms apart and the head turned to one side. The body appeared mutilated with a large segment of the body's skin removed. The body appeared in a "state of decomposition."

Chirco also testified that multiple bottles of bleach were in the area, as well as a knife and rubber gloves. Blood splatter was also seen around the basement.

Following the discovery, Chirco and the other detective went to meet Lewinski at Henry Ford Hospital, where he had been admitted the day prior when he was discovered wandering the complex in his underwear.

Lewinski cooperated with questions asked by Chirco and never requested any kind of legal representation while both officers spoke with him. Officers also recorded the interview on video.

Throughout the conversation with detectives, Lewinski characterized the relationship he had with Winters, from when they started dating in April 2020 to when she left the home in Nov. 2020. When she returned, an argument between the two escalated to physical altercations.

Lewinski told the deputies he choked Winters for approximately 5 minutes before she stopped moving. Believing she was dead, he moved her to the bathroom downstairs.

At this point, another officer retrieved a Miranda Waiver form as Lewinski was considered a suspect. He signed the form before going into further detail about what happened after taking the body downstairs.

Chirco confirmed the information in the medical examiner's report tracked along with what Lewinski said during the interview. Chirco was dismissed from the court after that.

Judge Sebastian Lucido set another hearing date for the case after saying he wanted to view the entirety of the hour-long interview. Lewinski will be back in court on June 2 at 9:30 a.m.

In a preliminary hearing, the prosecution presents evidence to show probable cause that a crime was committed AND that there is enough evidence that the suspect in the case is the person who committed the crime. During that hearing, a judge will then decide whether to agree with the prosecution and send the case to trial.

According to the prosecutor's office, Lewinski killed his live-in girlfriend, Jerri Winters, in December 2020 and kept her remains in the basement until his sister discovered her body in late July. 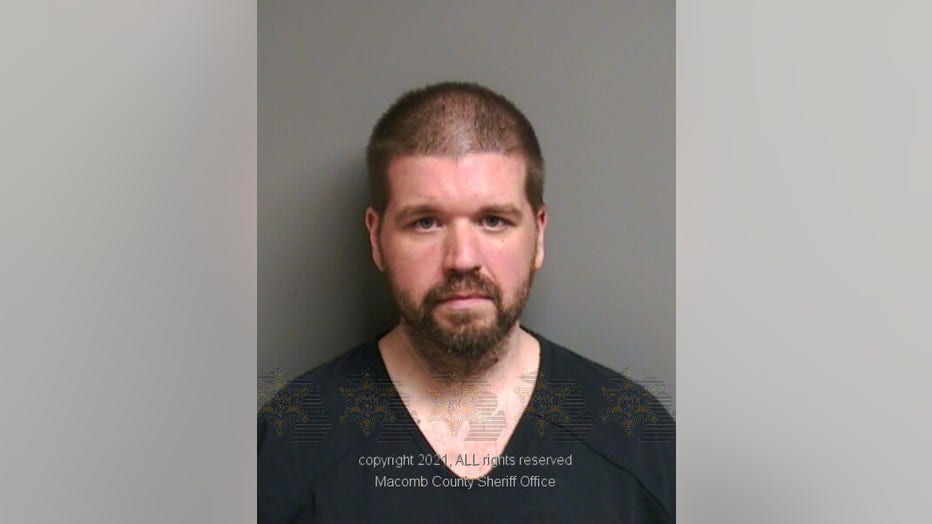 Gerard Lewinski is charged with killing his live-in girlfriend, living with her remains for 7 months, and mutilating her body.

Since his arrest in July, Lewinski underwent multiple mental health evaluations, and it was determined he was competent to stand trial.

WARNING: Details below are gruesome and may not be suitable for all readers.

The Macomb County Prosecutor's Office said Lewinski and Winters got into an argument in the living room of the Crosswinds Condos in Clinton Township. The prosecutor said Lewinski admitted to strangling her and then dragging her body into the basement of the condo.

While her remains were kept in the basement, the prosecutor said Lewinski removed large portions of skin from her back. The prosecutor did not explain why this action was taken.

Throughout the winter and spring of 2021, Lewinski lived with the remains in the basement, the prosecutor said. But on July 28, Lewinski's sister discovered Winters' body. She called 911 and Lewinski was arrested.

Lewinski was charged with first-degree murder, mutilation of a body, and concealing the death of a person. He's been held without bond.