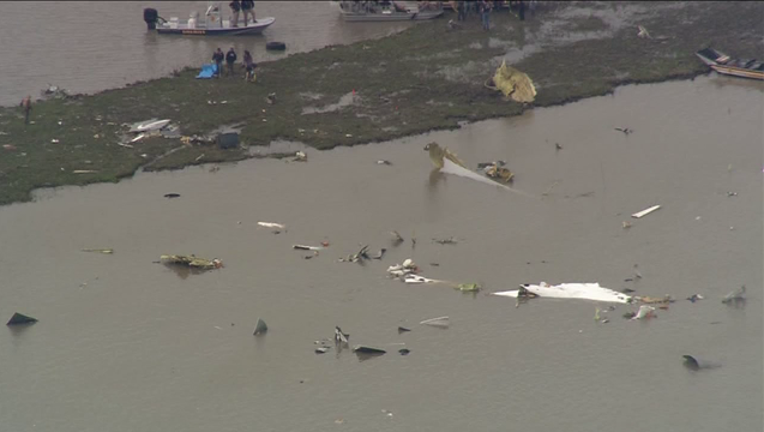 ANAHUAC, Texas (FOX 26) - The National Transportation Safety Board released findings from the initial review of the cockpit voice recorder and the flight data recorder from that cargo jet that crashed in the Trinity Bay on February 23.

The NTSB released the following information from the audition of the CVR, which they say is preliminary and subject to change as the investigation continues:

The NTSB says the initial review of the data downloaded from the flight data recorder revealed the following:

NTSB recorder investigators are verifying and validating the data from the flight data recorder.

Technical experts will convene in the coming week to review the entire recording from the CVR and produce a transcript of the accident recording. The NTSB says completing the transcript will be a time-consuming process.

Three people, including two pilots for the flight and a non-revenue jump-seat pilot, died when Atlas Air Flight 3591 crashed. The Boeing 767-300 cargo jet was carrying cargo for Amazon.com Inc., and the US Postal Service from Miami to Houston.