The city told tenants they could move back in. But when some did, they were met with disturbing living conditions. After code enforcement took a look, some apartments were found to be not safe and haven’t been safe. It might be weeks or months before they can return.

DALLAS - It's been a confusing few days for dozens of people pushed out of their homes because of a gas explosion in South Dallas.

The residents were told to come back. Then, they were told shortly after it was not safe to return.

The city told tenants they could move back in. But when some did, they were met with disturbing living conditions. 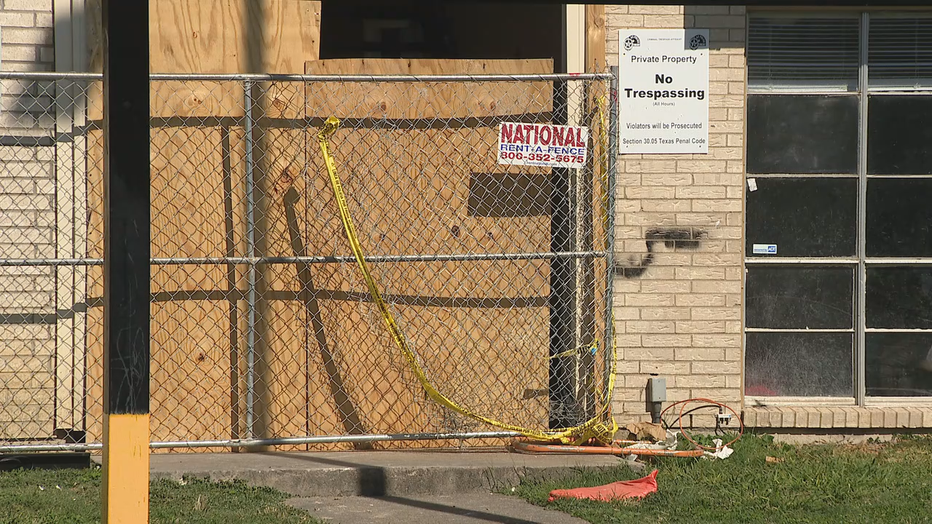 Some fed-up Highland Hills Apartment tenants are getting some answers Monday after they reported unlivable living conditions to FOX 4 over the weekend just days after they were told they could move back in following a gas explosion in September.

Savannah Lockridge and other tenants received a text message from the city of Dallas on Thursday saying "all work is completed…Your apartment is ready for you to move back in." 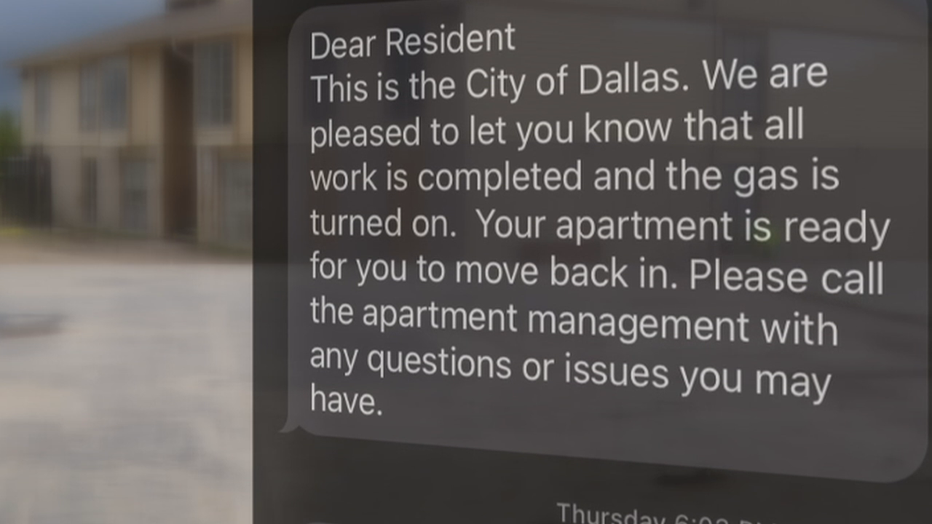 "I got so many emotions. I can’t have no emotions at this point. I can’t be sad. I can’t get mad. I can’t be happy," she said. "I can’t do nothing until I’m situated. Until everything’s situated, there’s no emotion right now."

But when Lockridge returned to her place, her electricity was off. There was broken glass and what appears to be an infestation of bugs. She says she shouldn’t have to live like that, especially for $900 a month. Now, the city says she’s not allowed to live like that.

FOX 4 reached out to Councilman Tennell Atkins Sunday. He sent code enforcement to the complex on Monday. He says two of the buildings housing about two dozen people are not safe and haven’t been safe. He says it might be weeks or months before they can return.

"Unfortunately, there might be a broken communication," he said. "The two units that is damaged, you cannot move back in to those two units because they got to do repairs."

The councilman says there have been communication issues between the city and apartment ownership.

"I think there has not been a great communication," he said.

Lockridge wonders why the complex hasn’t immediately helped her.

"Ok, let’s put everybody back in their house and see what they say. If they don’t say nothing, we not going to say nothing," she said.

The entrance to Lockridge’s building became boarded up Monday. She’s been staying with a friend until management tells her what it will do.

Some tenants have been moved to vacant units.

FOX 4 sent multiple requests to Odin Properties — the ownership group based in Philadelphia — for interviews or at least information. They haven’t responded.

"At the moment, no sir. We have no comment on anything," the person in the leasing office told FOX4.

Phillip Dankins was arrested for reportedly shooting a gun that punctured a gas line in an apartment, leading to the explosion. Investigators haven’t placed blame on the complex for the explosion, but some tenants feel overall there needs to be more accountability for what they’re left with.

"It’s everybody’s fault," Lockridge said. "I still ain’t got no contact with them. They still ain’t called, emailed, texted or nothing."

Councilman Atkins says he wants to organize a community meeting between apartment management, tenants and city officials to get everyone on the same page. He’s asking anyone tenant who cannot move back in to call his office.