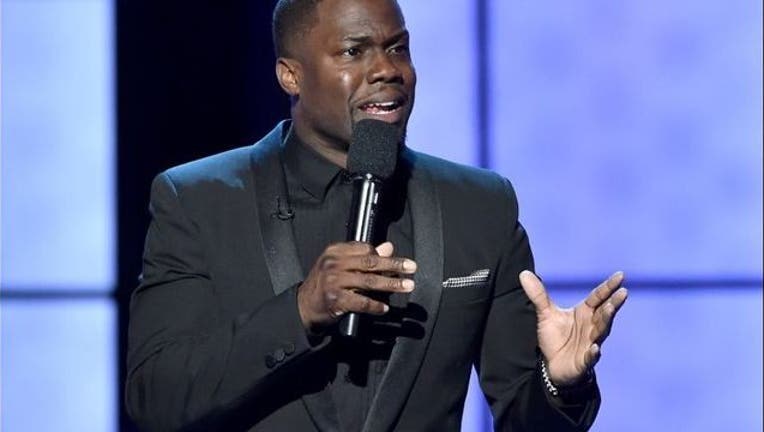 FOX NEWS - Comedian Kevin Hart and his driver suffered "major back injuries" in a car crash in the Malibu Hills late Saturday night, a report said.

Police sources told TMZ a Plymouth Barracuda belonging to Hart, 40, veered off the road on the Mulholland Highway.

The vehicle turned up in a ditch about 10 feet off the side of the winding road after it smashed through a wooden fence.

Hart was not driving at the time and his driver was not drinking, the report said.

The roof of the Barracuda was almost completely crushed in the crash.

A female passenger in the vehicle reportedly was unhurt.

Neither the driver nor the other passengers was immediately identified.

A witness claimed that Hart got out of the vehicle first, where a member of his security team picked him up in an SUV.

Insiders said Hart first went home for medical treatment before he checked into a nearby hospital.

Hart had bought the car as a 40th birthday present for himself in July.

A representative for Hart did not immediately return Fox News' request for comment.